One of the most beautiful models of the market is already on sale on the web and at your usual modeling shop: the model of the British biplane of World War I and the most famous in the history, Sopwith Camel.

Its scale is 1/16, this wonderful miniature of the Sopwith Camel has been created after a process of just over a year, in which both our 3D designers and our experienced modellers have participated. 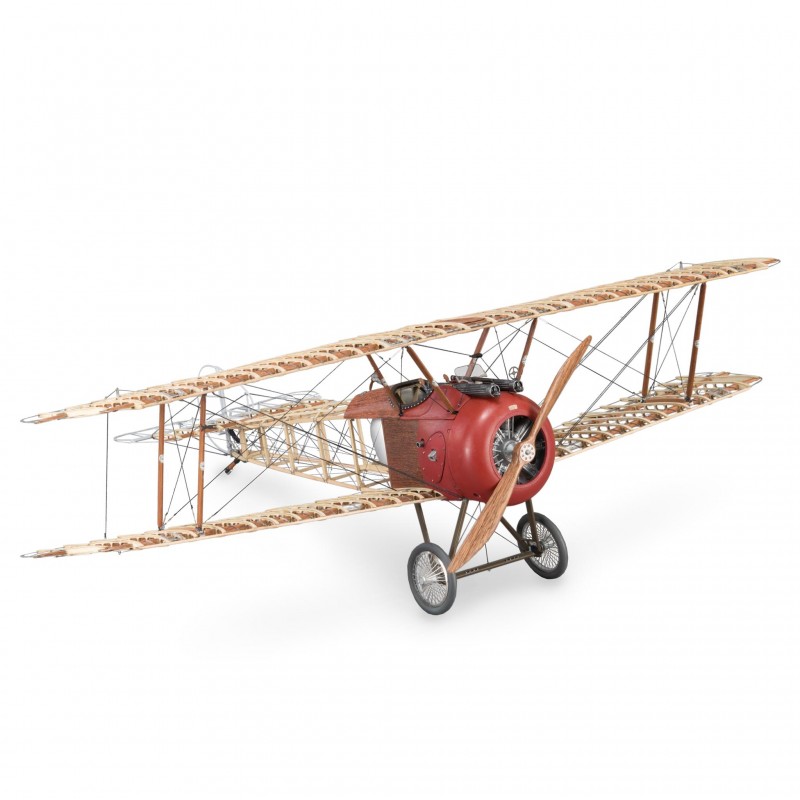 If you want to know a little bit more how we got to the final result of this artwork of aerial modeling, it is interesting that you read the curiosities of the whole process from the beginning.

Back in the summer of 2017, the management of the company, 3D designers and modelers decide that the Royal Flying Corps plane is the next jewel of the aircraft modeling that is made available to our demanding clientele, we mean, our dear friends. 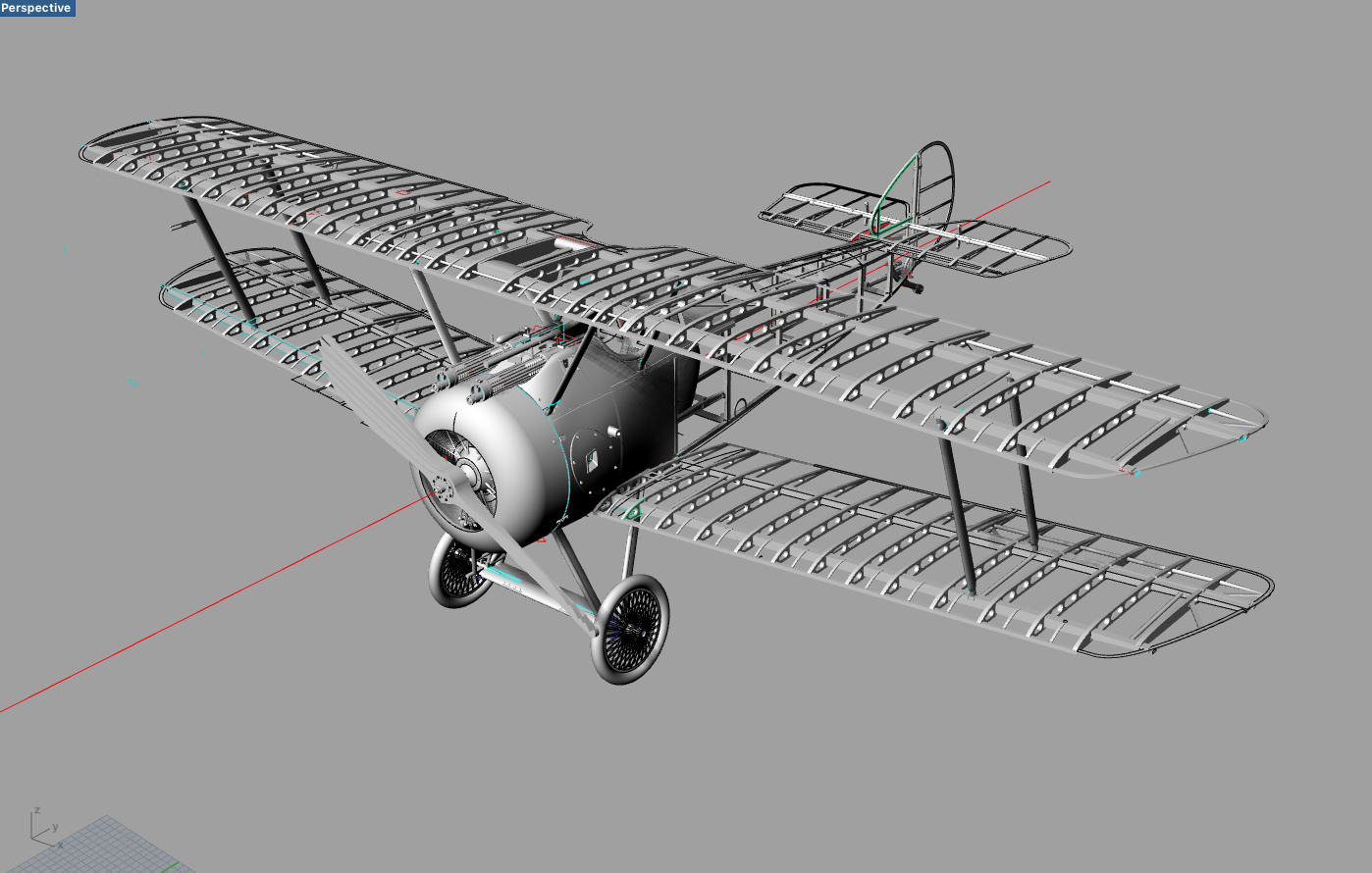 THE BEGINNING OF MODEL CREATION: SOPWITH CAMEL DESIGN ON 3D

One of our 3D design professionals takes the baton to proceed with the creation of the model digitally. To do this, we divide the process into two clear stages: 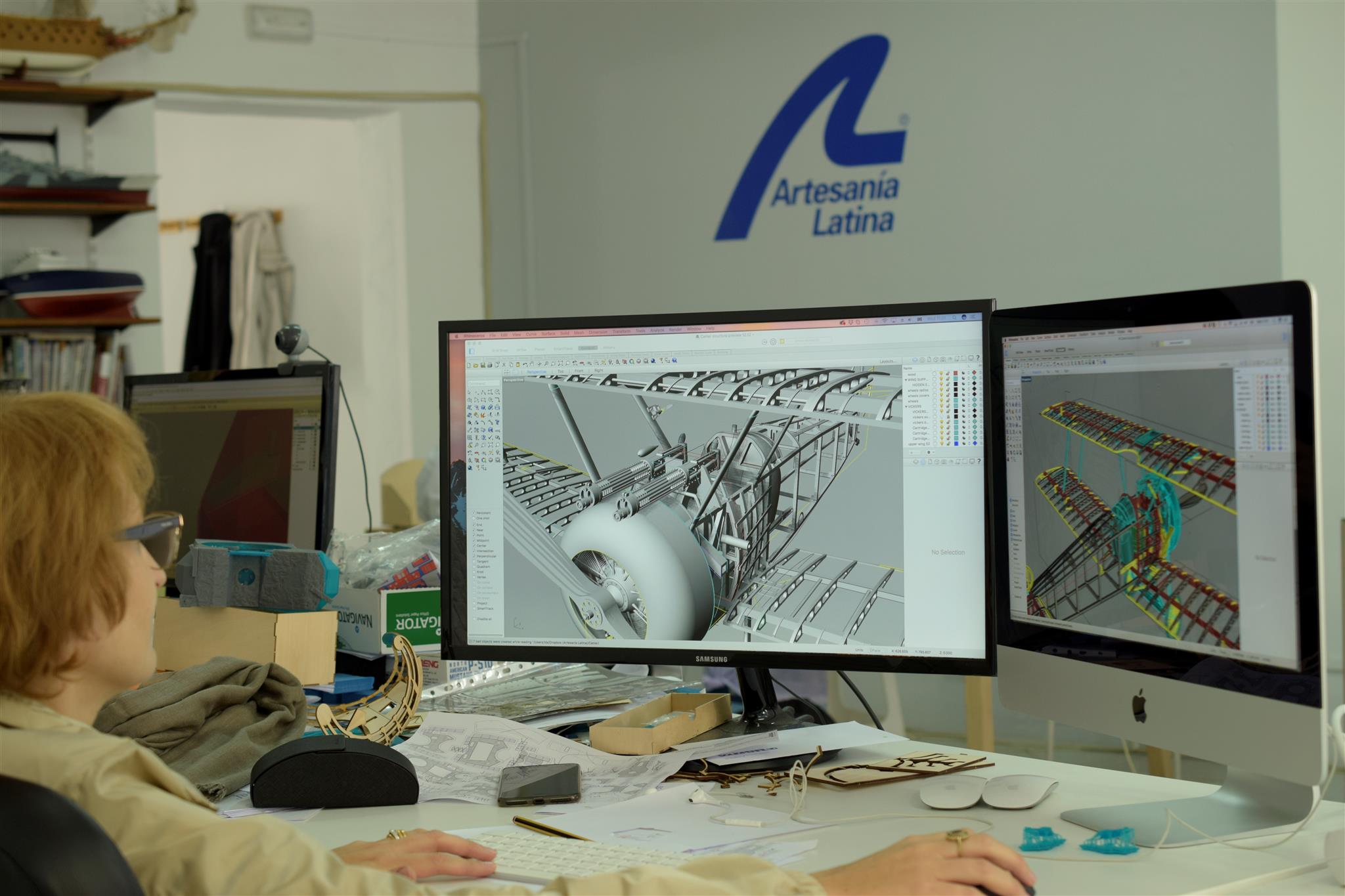 First phase, during the first two months, in which is dedicated to modeling the shape of the different pieces on 3D in detail. In this way, little by little she is creating in her computer and with specialized software each of the pieces in an organized way, that is, if she starts to design the tail of the plane, until that part ends, she does not start with another.

Second phase, in which this design is adapted and modified to the assembly process. In this way, once different related pieces are finished, it prints them in 3D or cuts according to the material in order to be able to verify in situ the good assembly of these. 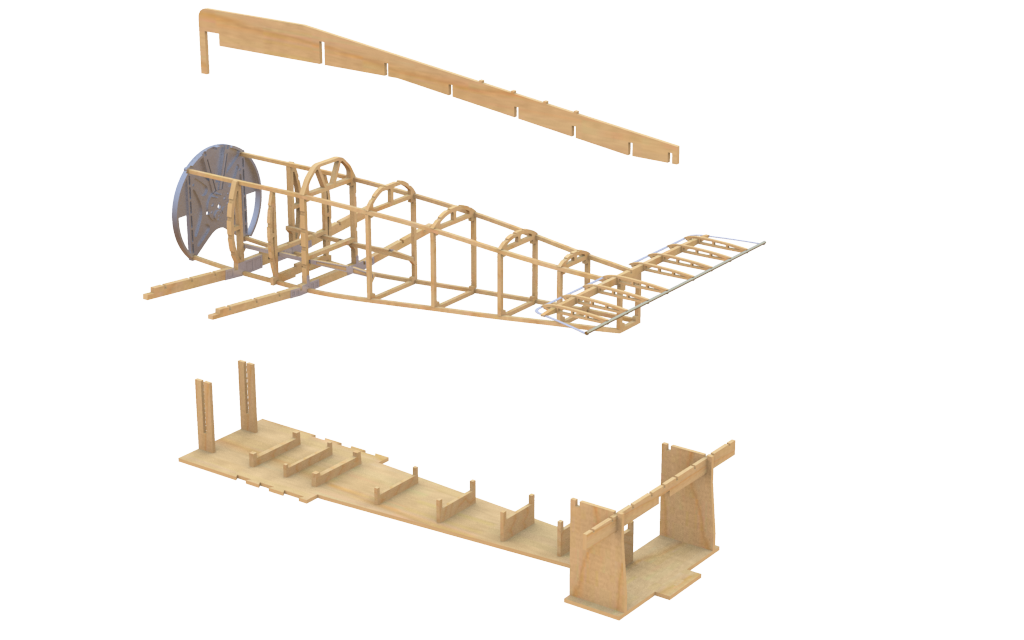 The priority of Artesanía Latina is always to try to achieve the greatest comfort of our model friends when it comes to assembling the scale model. If any piece does not fit properly, the 3D designer makes the appropriate modifications until the correct adjustment of the element.

In order to physically check the digitally created parts, our offices have the latest generation of machines: on the one hand, the laser cutter, which took a total of about 1 hour to cut all the pieces of wood; and, on the other, a 3D printer with which the resin (plastic) is printed. Already in our factory, we have the necessary machinery to manufacture die cast and photo-etched parts. So, finally, we have three manufacturing means for this jewel of model building. 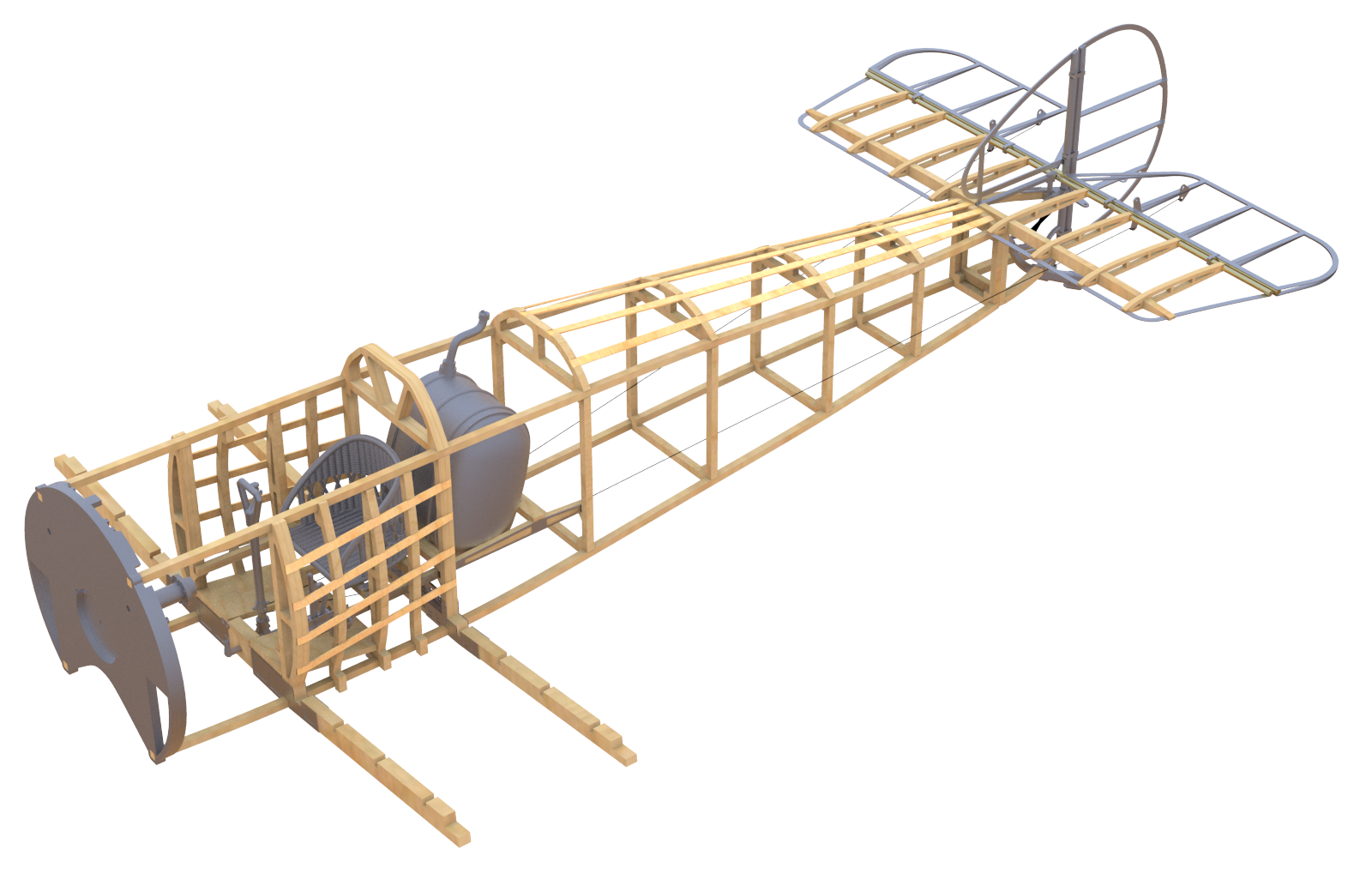 Of course, all the rectifications that have to be made on the Sopwith Camel original design are carried out so that when the final design is sent to the factory, the product will go out optimally.

The work of 3D design for modeling is arduous, logically, and you have to be prepared for it. In this sense, the process that has pleased our designer has been the creation of the wings of the scale model: “Thanks to the size of them, you can see the inclination of these perfectly so the wings are beautiful . The length of the wings makes a great contrast with the body of the plane”, she says. 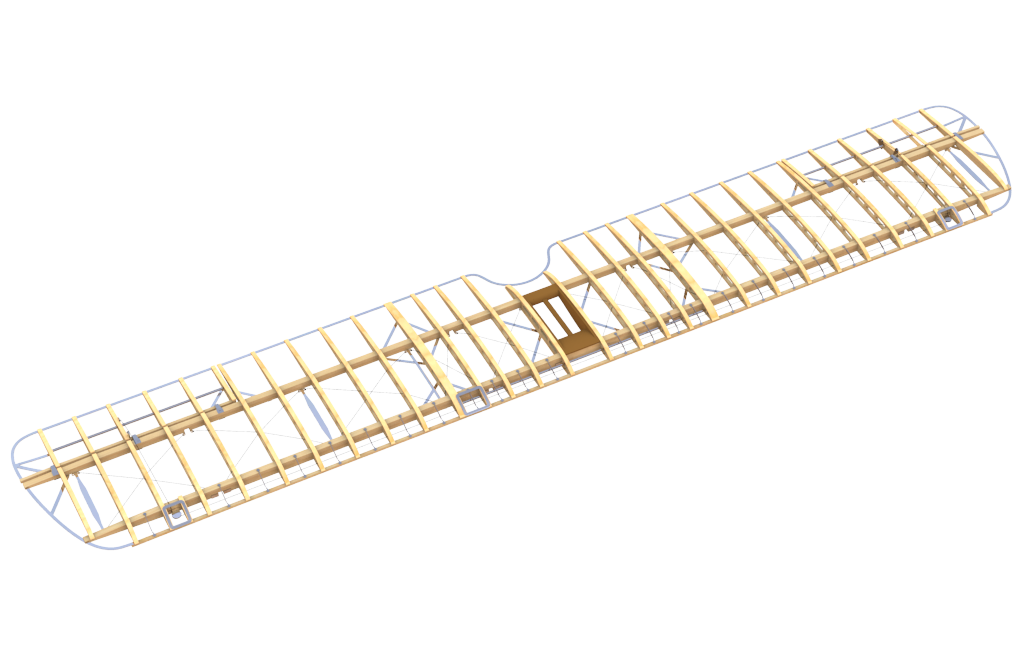 The biggest difficulty that has been encountered during the design process of this luxury modeling kit has been “to organize the large eight-centimeter engine of the airplane, create it with its various parts so that it could be introduced in the model once it is finished, as there is numerous pieces that are placed on the same axis to be one of the last steps during its construction”. So, finally, “to facilitate – she continues – the assembly of the engine we have decided to divide it in two”. 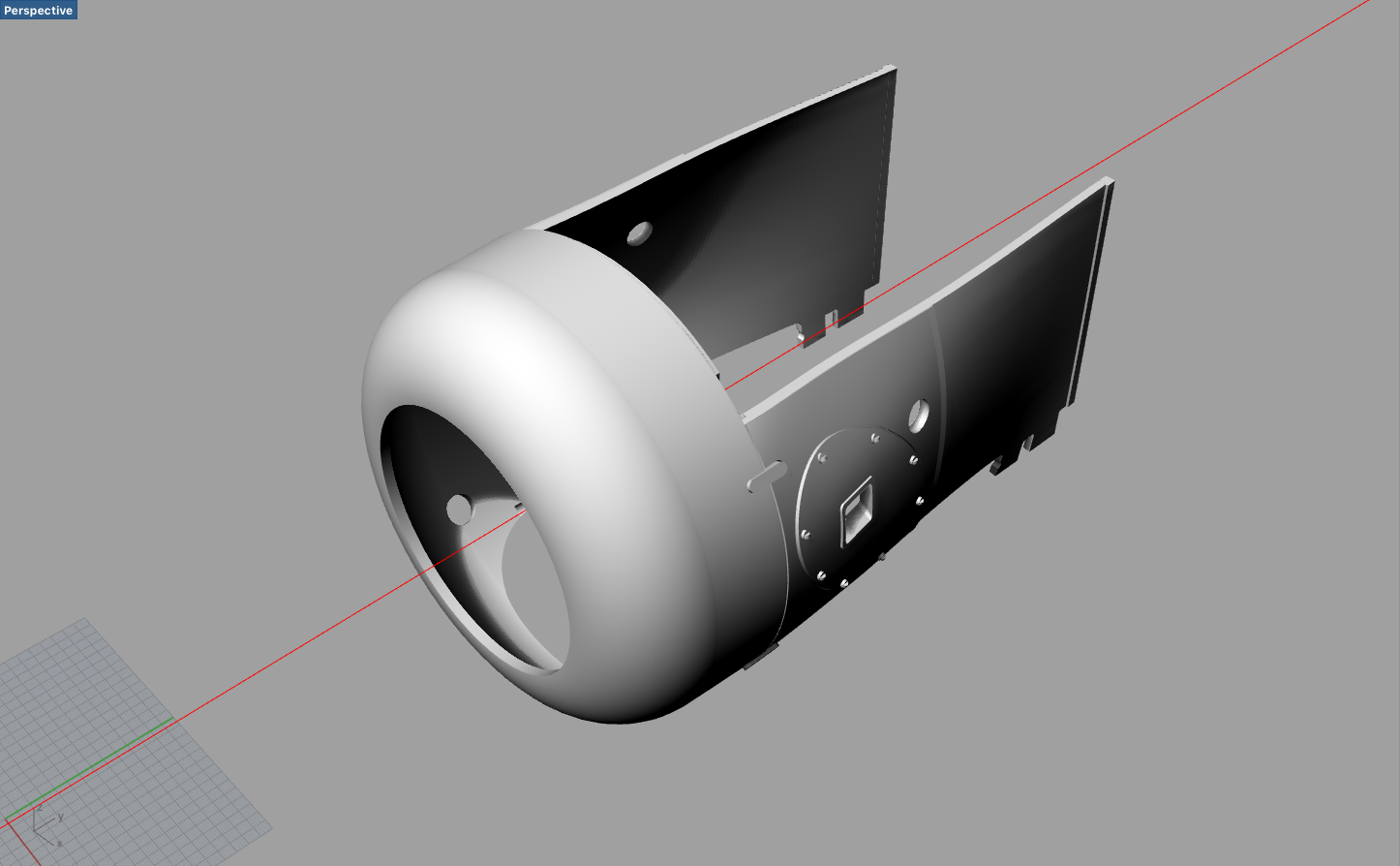 Anecdotally, she tells us smiling that “the shape of one of the cylinders of the engine is very similar to the face of an owl”. So when you have our Sopwith Camel modeling kit at home, check it out for a smile.

The last step of the design is to send one of our expert modellers all the pieces so that you start to verify that they marry each other. 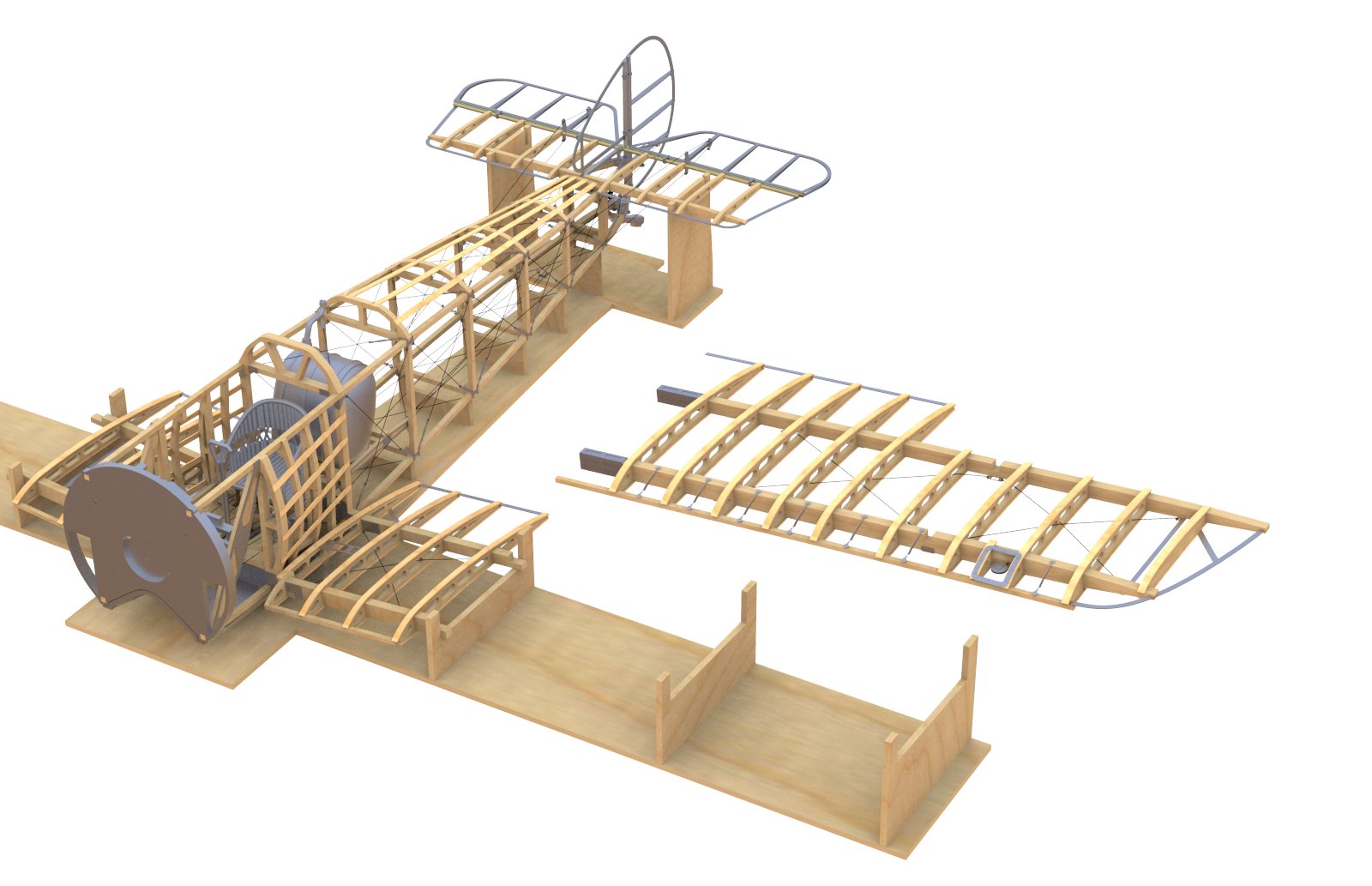 BUILDING THE SOPWITH CAMEL MODEL BY THE EXPERT MODELLER

As we said before, the samples of the pieces, once the 3D design of the Sopwith Camel World War I plane is finished, are taken by one of our modellers, who starts to assemble the model to the smallest detail. If the result is positive, it is sent to our factory. 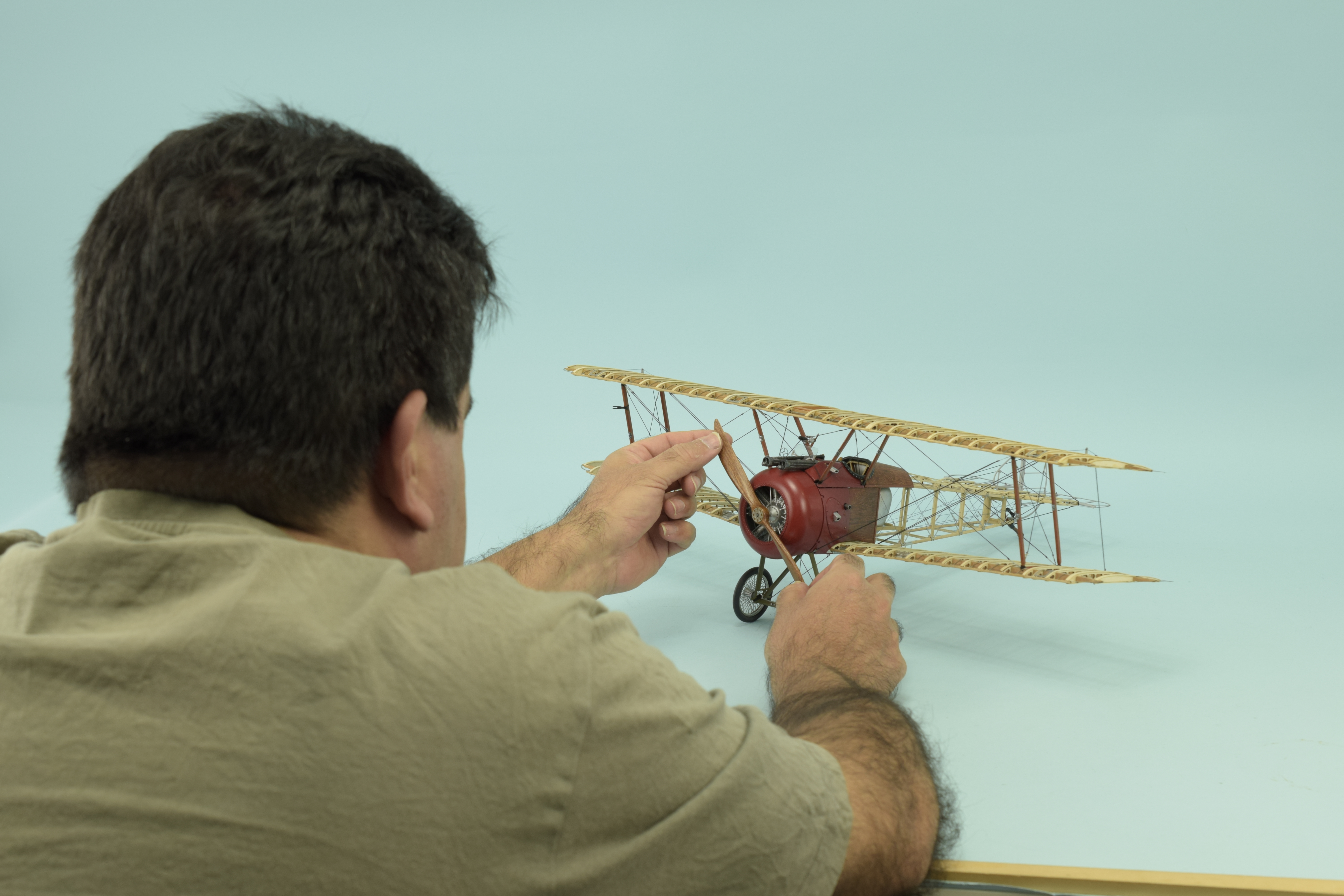 Once created, the factory returns them to our modeller as if they were a final customer. Target? Let our professional rebuild the scale model as if it were one of you. If there is a small detail that is not well prepared, that element is designed and sent to the factory with the modification made so that there is no problem when building it.

For our beloved modeller who has assembled the Sopwith Camel 1/16 model, the most positive of his experience has been what comes next: “I love the detailing of the interiors, because the seat and the control panel are very well achieved, as well as the engine, a true reflection of what was on the original plane, and like the machine guns, which are also very realistic”. 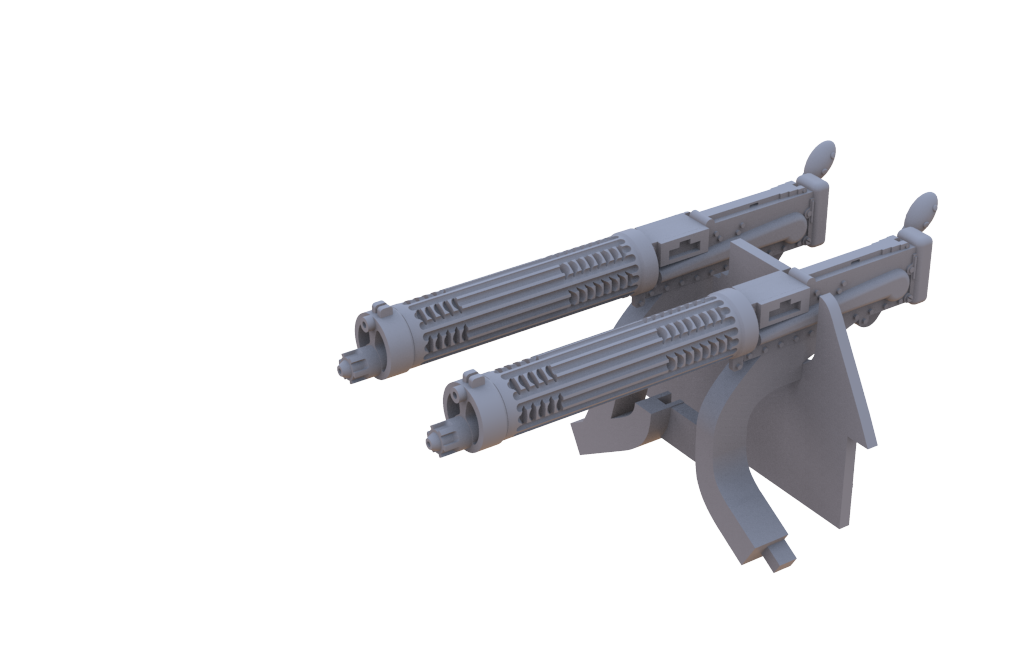 As a recommendation for all the modellers, ours suggests that, for the assembly of the wings, “the instructions of the modeling kit should be followed faithfully in order to avoid later inconveniences, since until the wings are completed with all the suspenders and reinforcements are weak”. 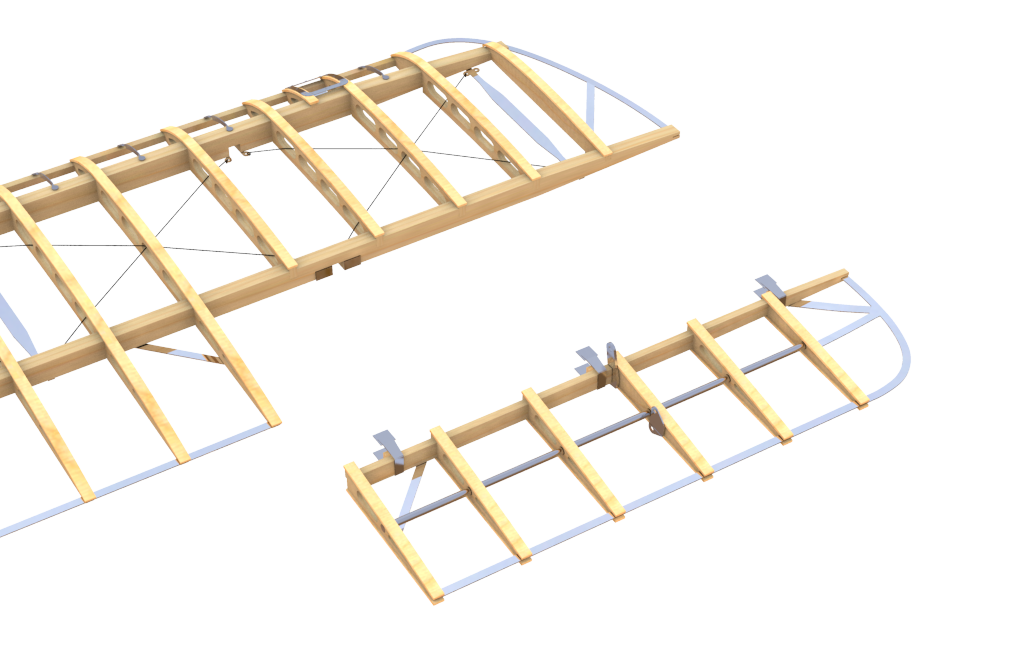 In this way, our qualified professional urges the modellers to “the space of the work table is wide and free of obstacles in order to manipulate the wings without colliding with another element that could spoil them, a fact that nobody wants”.

Our modeler considers that, as such, he must do an empathy job to put himself in the shoes of one of you while he is assembling the model. According to him, speaking of him as a professional and thinking of our client friends, “we should not let ourselves be carried away by the level that I hold in terms of modeling knowledge, which is why we are guided according to their needs and expertise”. 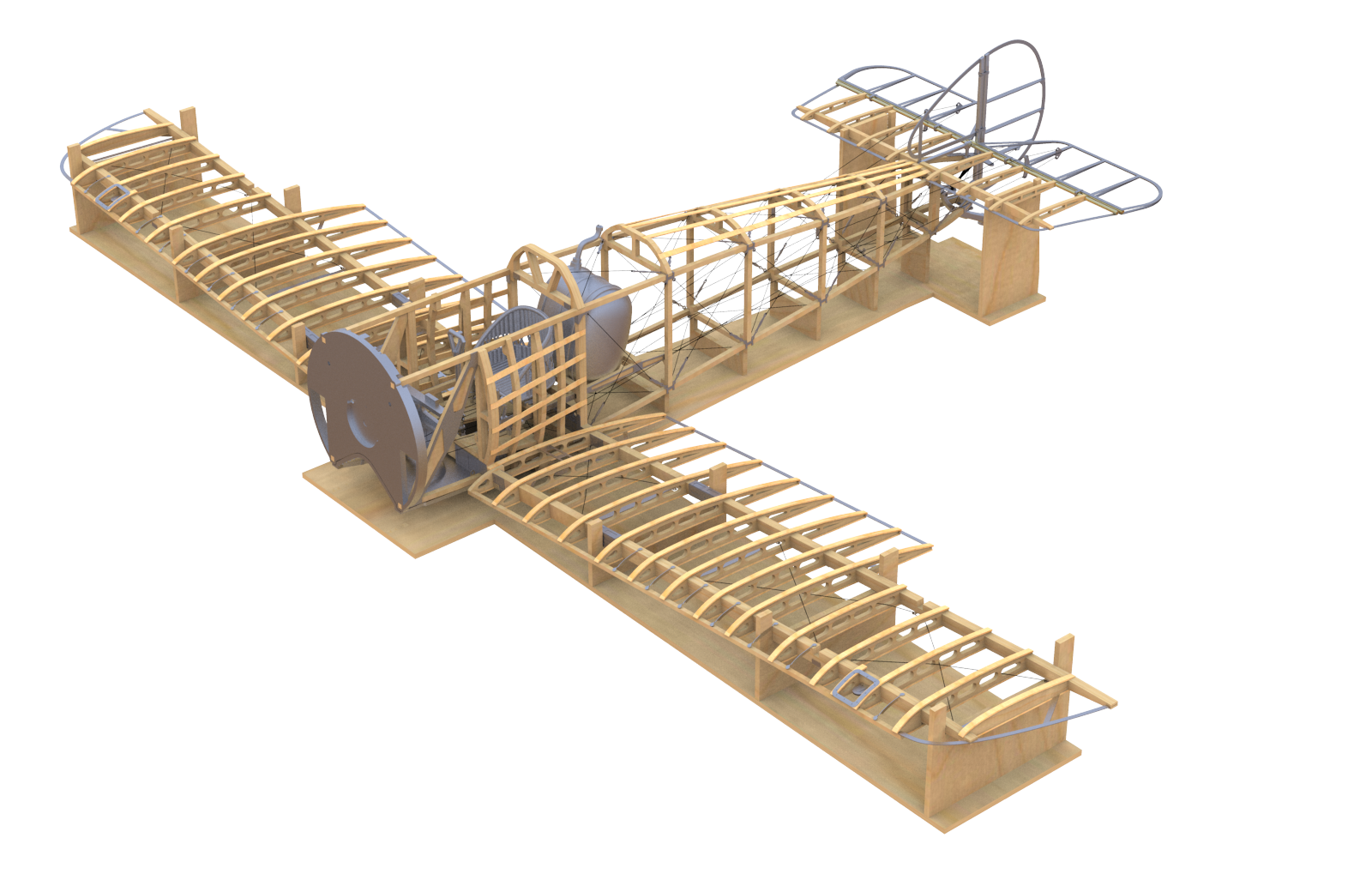 In conclusion, and as he says, “if you follow the advice and instructions, your experience will be satisfactory and you will not have an equal model in your showcase, it is an artwork”. 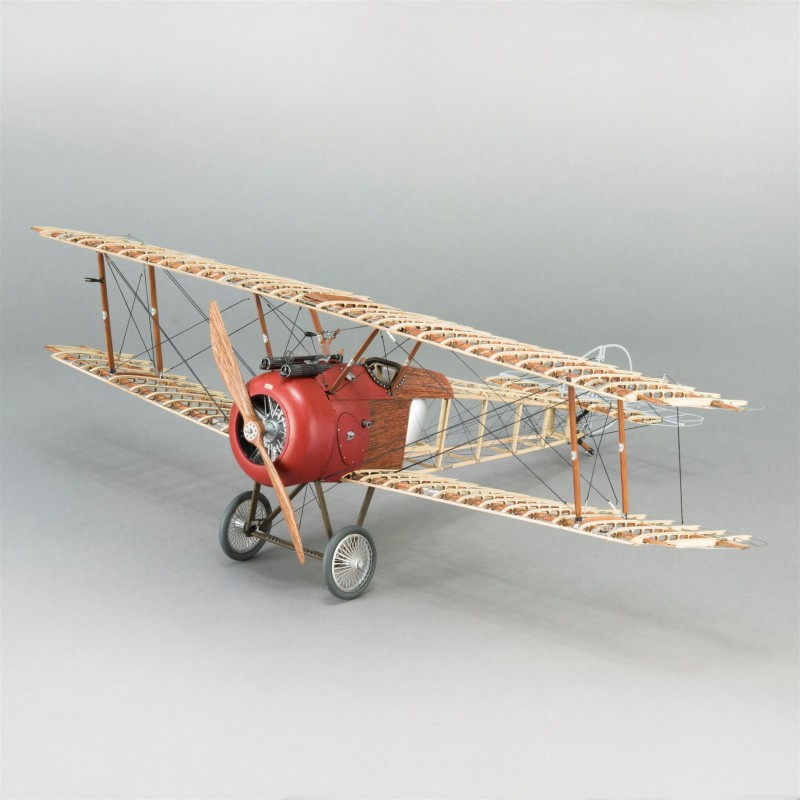 Find out all about the Sopwith Camel here: https://www.artesanialatina.net/en/heritage-collection/59317-wooden-model-airplane-biplane-fighter-sopwith-camel-1-16-world-war.html