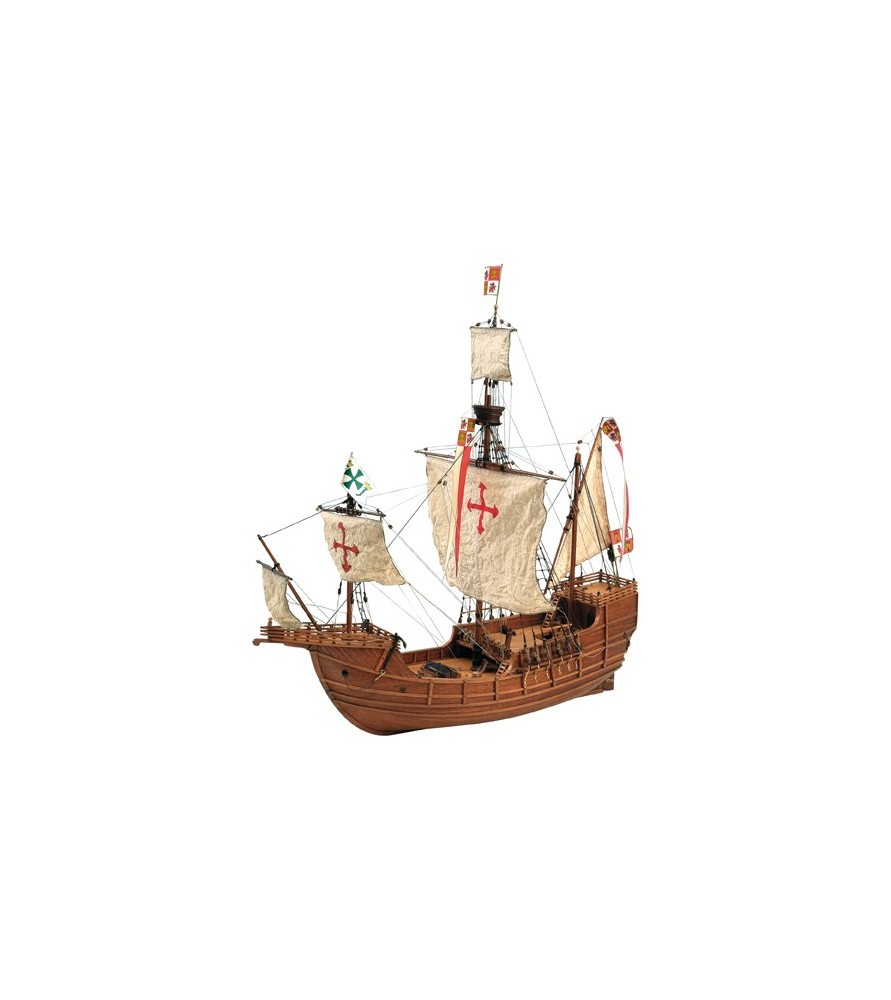 Wooden model of one of the most important ships in history as part of the Discovery of America by Christopher Columbus: Santa Maria caravel. Build one of the jewels of naval modeling guided by a complete set of instructions. This 1:65 scale model will delight the modellers.

Discover the Santa Maria, wooden model of the biggest and leader of the three caravels used by Christopher Columbus in the first voyage to the New World in 1492. Built in the shipyards of Colindres, would be the unique ship of the expedition not returned from the voyage after boarding north of the island of La Española.

The expedition left the Port of Palos the 3 of August of 1492 captained by the Santa Maria. After the discovery the bad fortune made it embark at the maximum moment of the maximum tide of that year to the north of Haiti: quickly understood that it would be impossible to save the ship after discovering that the water level had lowered about 10 centimeters while the crew was alerted and the first orders were given. With the cargo and part of the wood of the ship it was constructed the first European settlement in America.

Build your scale model 1:65 of Santa Maria caravel, leader ship of the expedition of the Discovery of America. The system of assembly by means of false keel and frames approximates its design to the one of the real ship.

The kit of the Santa Maria caravel model contains high precision laser cut board, wood, brass, cast iron and hand sewn sails ready to be placed. For the assembly you will have our complete colour instructions step-by-step in four languages, accompanied by the full scale drawings of the completed boat.

Complete your caravels collection with the other two boats that Colon used for discovering America: