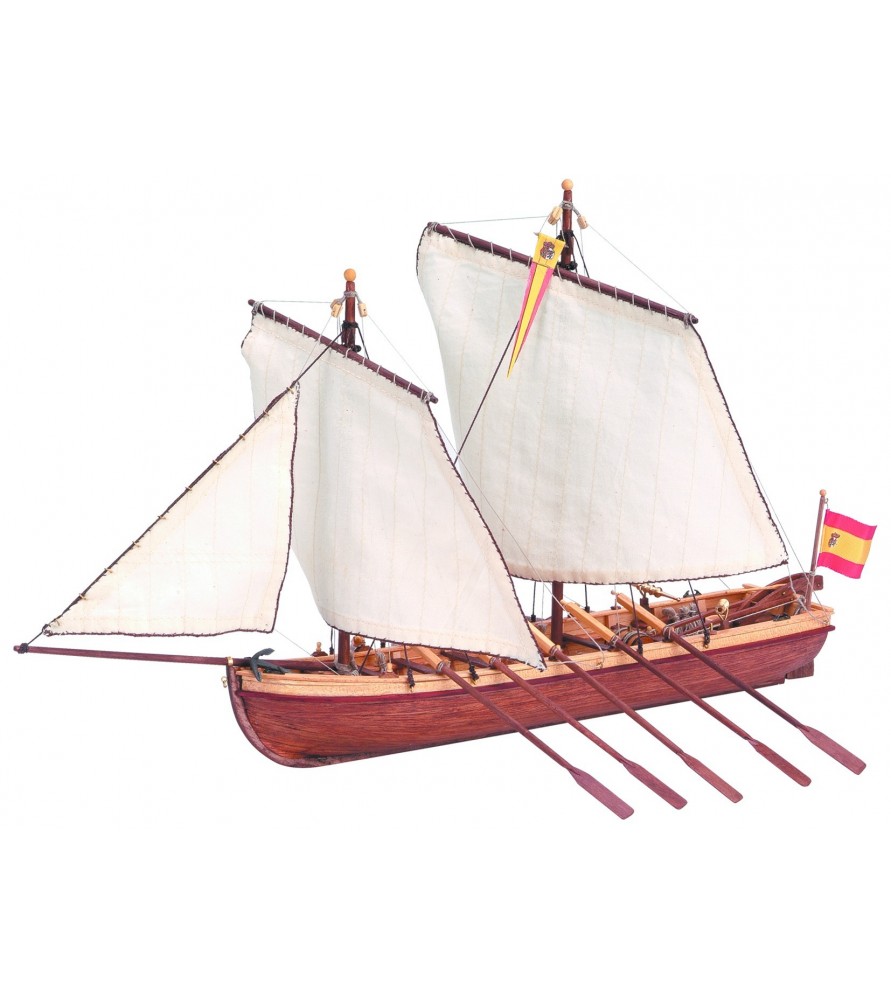 Captain boat of the Spanish ship Santisima Trinidad, a fantastic wooden model for its construction. The ship model of this small craft of the majestic 140 canons line ship includes all the necessary parts to complete the 1:50 scale model: high quality woods and metals, cotton threads, sails...

Santisima Trinidad (officially Nuestra Señora de la Santisima Trinidad) was a Spanish ship of 120 guns at first, extended to 140 later. It was the largest ship of its time, so it received the nickname of El Escorial de los Mares, and was one of the few line ships of four bridges that existed.

Despite this, it was not very effective because of its clumsiness and slow navigation. He is remembered most of all for his tragic end at the Battle of Trafalgar (October 21, 1805). It was on that occasion under the orders of the squad leader Baltasar Hidalgo de Cisneros, and Francisco Javier de Uriarte y Borja as flag captain.

After a hard fight was captured by the English in very bad conditions, with more than 200 dead and 100 injured. The English made every effort to save it and take it to the English port of Gibraltar, being towed by the frigates HMS Naiad and HMS Phoebe. However, it would finally sink October 24, some 25 or 28 miles south of Cádiz.

Symbol of the end of Spanish power in the seas, the greatest war weapon of its time now remains at the bottom of the sea. His pieces of artillery were extracted and installed at the entrance of the Pantheon of Maritime Illustres located in the School of Suboficiales of the Navy, in San Fernando (Cádiz).

Build your wooden model 1/50 scale of captain’s boat of the Santisima Trinidad Spanish line ship, famous ship of line of the Spanish Armada. Its design by means of false keel and frames about its assembly to the one of the real ship.