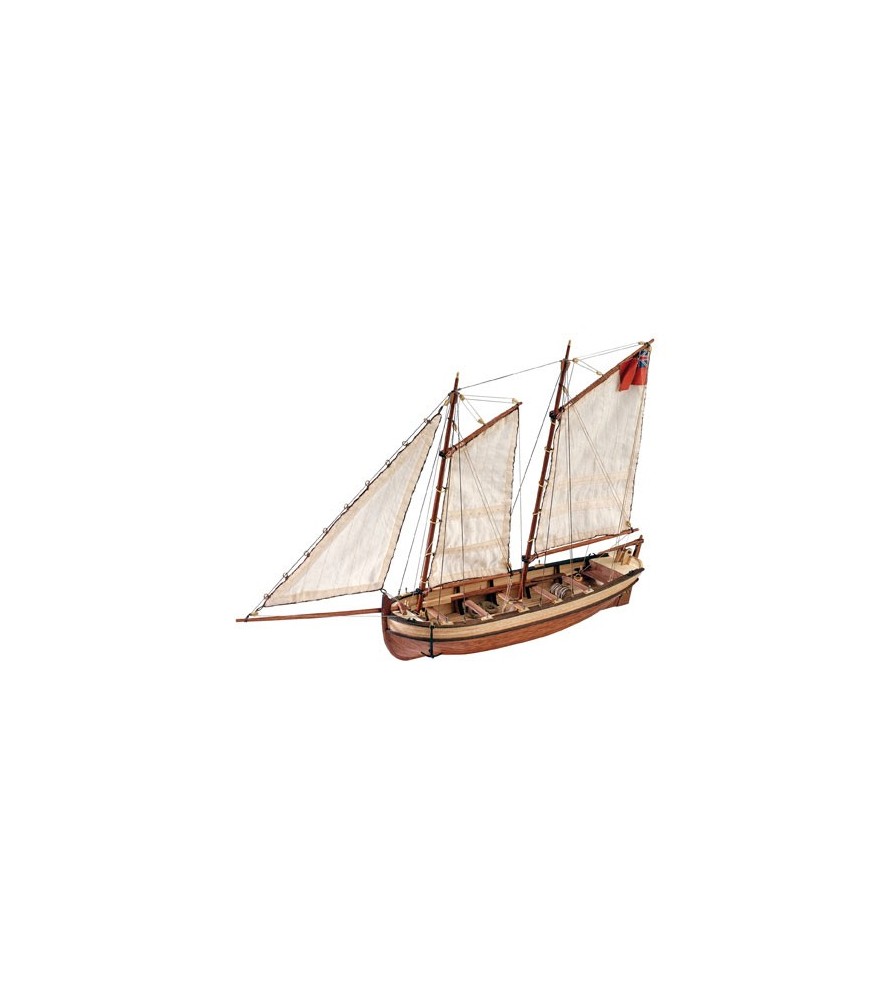 The longboat of the HMS Endeavour's captain is a wooden model kit for initiation into the naval modeling. This amazing kit includes a complete set of full coloured instructions and all parts required to complete the scale model, woods, sails, threads, metal accessories...

HISTORY OF THE HMS ENDEAVOUR SHIP: MODEL OF THE LONGBOAT

Launched in 1765 and chosen by James Cook three years later to prepare his historic voyage, the ship HMS Endeavour was part of important discoveries. Australia and Tahiti were discovered, and numerous islands were located; animal and plant species previously unknown in Europe were discovered; and for the first time the position in length was calculated with great precision by means of mathematical formulas.

The contribution of James Cook's voyages to navigation, seamanship and geographical exploration are of historical importance. Now you can see how the HMS Endeavour captain's longboat was thanks to the scale model 1:50 of Artesania Latina, a jewel of naval modeling.

Discover the longboat of the HMS Endeavour's captain, wooden model reproduced with an exceptional fidelity. Guided by our detailed multimedia instructions, you can complete step-by-step your replica of this beautiful ship with deck and two sticks for sails.

Build your 1:50 scale model of this longboat. This fabulous modeling kit is aimed at those who want to start in the world of miniatures. Its system of construction by false keel and ribs sets closer its design to the real ship.

The scale model kit contains high precision laser-cut board pieces, fine wood such as birch, hand-sewn sails, cotton threads, pedestal stand for exposing the boat once finished, brass, cast and woven parts... For the assembly you will be able to follow our complete full colour guide step-by-step in seven different languages, accompanied by the full scale plan of the finished model.

There are no comments on this product
Endeavour Longboat