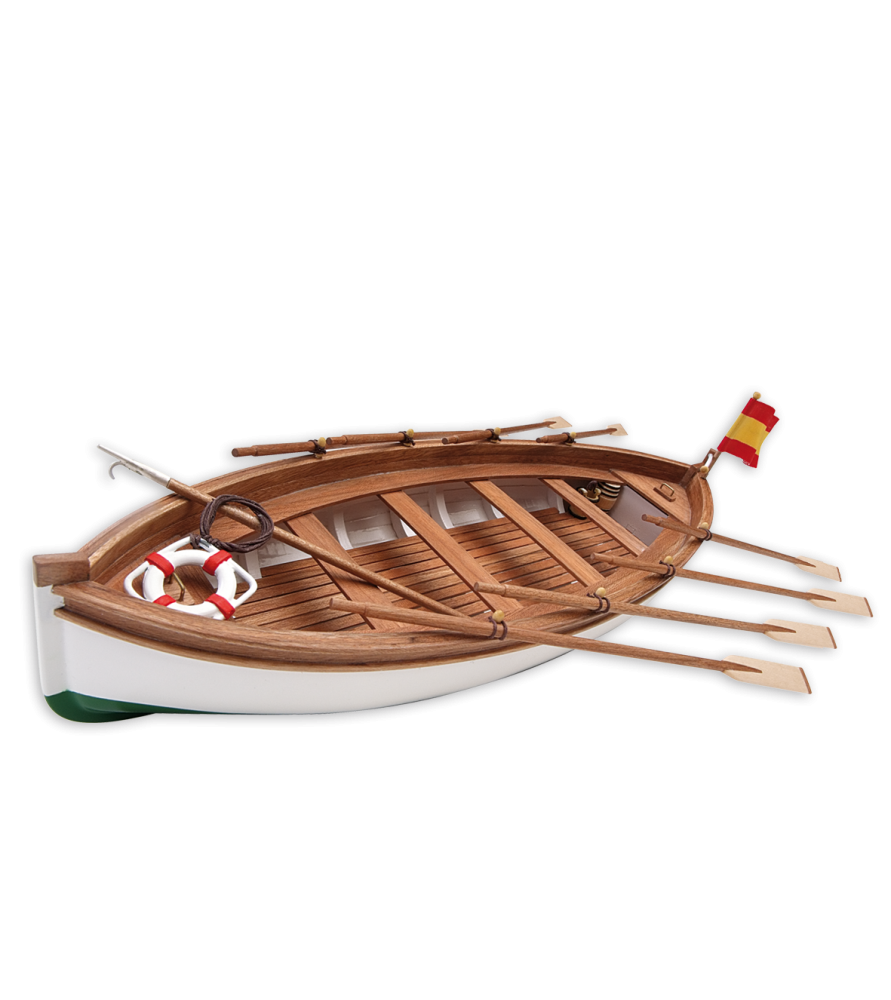 Modeling kit for the wooden model construction of the lifeboat of the Spanish training ship Juan Sebastián Elcano. This 1/35 scale model includes all the parts needed to complete it: wires, wooden parts, prefabricated metal parts... Once finished the model is 11.02'' long, 3.54'' high and 3.62'' wide. Easy to assemble, the replica is perfect for beginners on naval modeling.

Discover the Juan Sebastian Elcano lifeboat, wooden model of this representative sailboat brigantine Spanish schooner. It receives its name by the Spanish explorer Juan Sebastian Elcano, captain of the expedition - after the death of Fernando de Magallanes -, that completed the first return to the world in 1522.

Launched in 1927 in Cadiz, Juan Sebastian Elcano serves as a school ship in the Navy for the Marine Guards. In the second semester of the fourth year of his career at the Naval Military School they conducted an instructional cruise, a six-month voyage to America and some twenty thousand miles of travel.

In preparation for the great race of 3,600 miles between Lisbon and Hamilton in 1964, some of her sails were amended and aftersome hard training, the ship reached a speed of 15 knots.Build with this kit a beautiful replica of one of its lifeboats.

Build your scale model 1/35 Juan Sebastian Elcano lifeboat, the training ship of the Spanish Navy. Designed as an beginner modeling kit, the model has parts of cut board by laser, noble wood, brass and cast iron. For the assembly you will be able to follow our complete guide step-by-step.

It is a perfect scale replica for those who want to initiate on naval modeling.