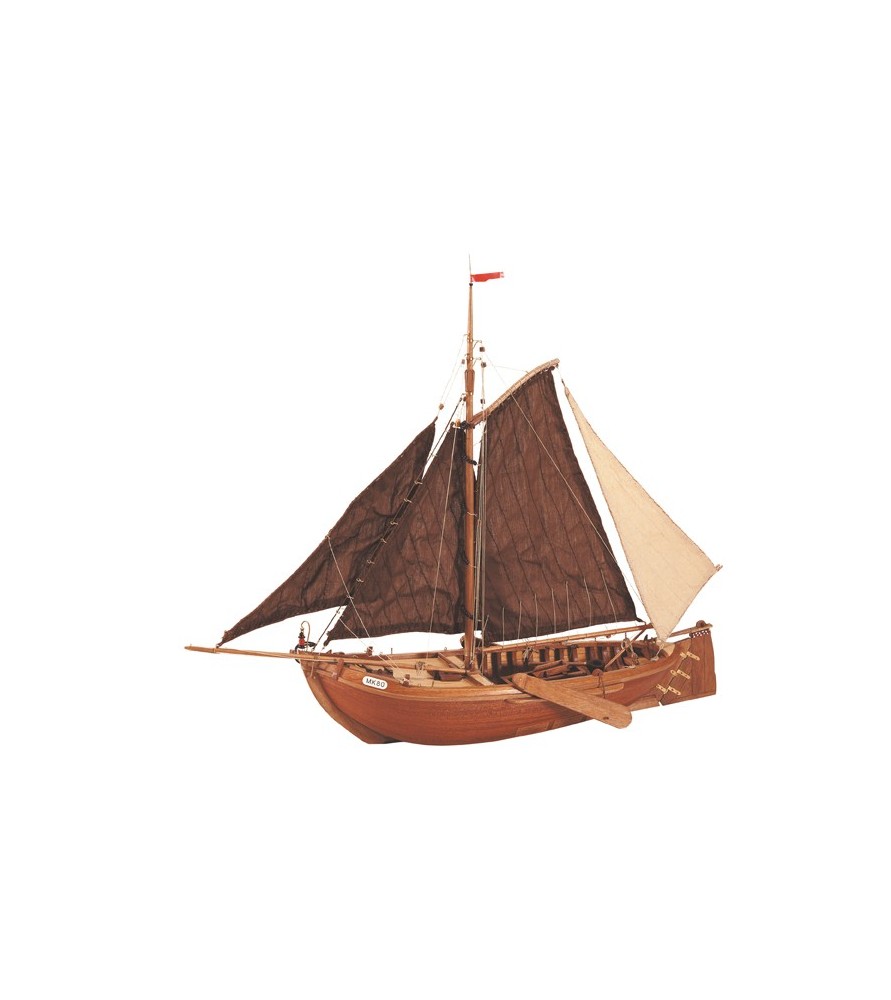 Dutch naval modeling kit: Botter. With the acquisition of this wooden model you will have all the necessary parts to complete the replica 1/35 scale: woods, sails, threads, metallic accessories... Everything is prepared so the modellers, with their skills and tools, can build a unique full of history, beauty and quality artwork.

Discover the fishing boat Botter, wooden model of this traditional Dutch ship. These boats sailed for centuries on the shallow coastal waters of the Zuiderzee Sea. The crew, usually between 2 and 4 men, used to keep the catches alive in a nursery located in the center of the ship. The Zuiderzee was a large inland sea to the north of the Netherlands.

The completion in 1932 of a large dam divided it into two, creating a large inland saltwater lake called Ijsselmeeer and adding the rest of the old inland sea to the Frisian Sea.

After this division no new Botters were built, and the wood and the sails were replaced by steel and motor propulsion. An association for Botter preservation keeps several of them in their original state.

CONTENTS OF THE BOTTER MODELING KIT

Build your Botter scale model 1/35, a traditional fishing boat from the island of Marken. Its construction by means of false keel and frames approaches the assembly of the model to the construction of the real ship.

The modeling kit contains high precision laser-cut board parts, fine woods, brass, cast iron and fabric. For assembly you can follow our full colour guide step-by-step in four languages, accompanied by the full scale plan of the model.