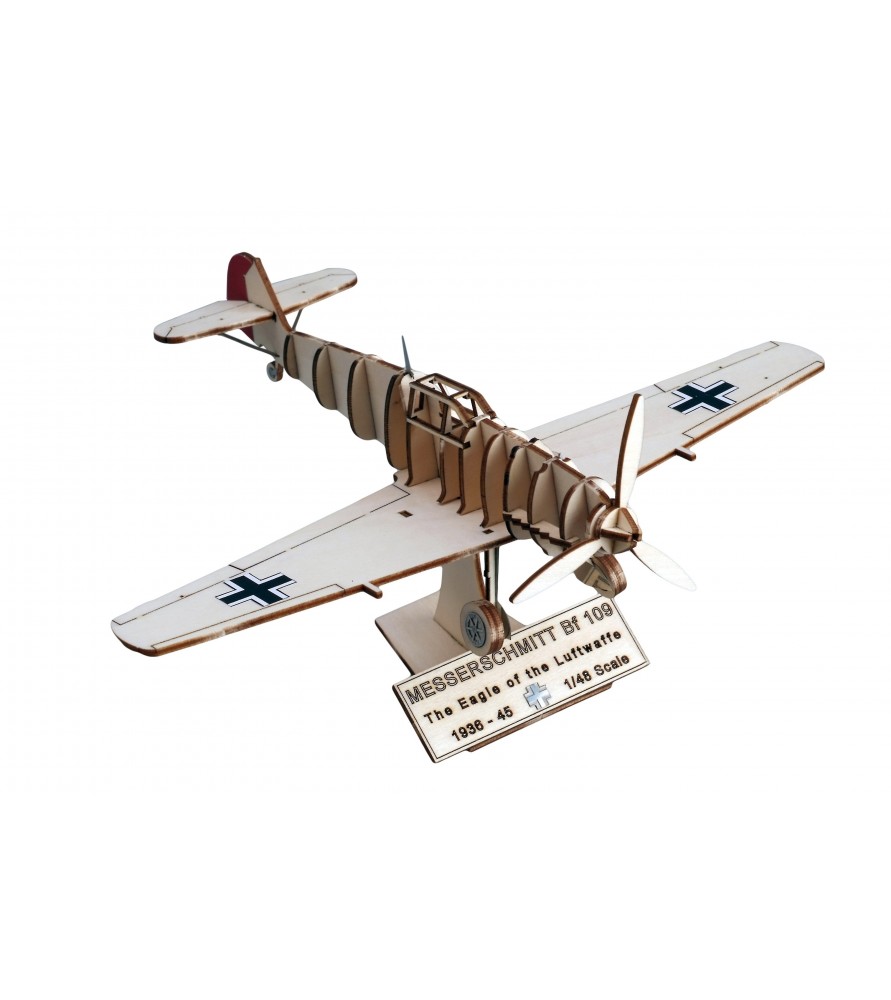 Wooden model of one of the most important fighters in history as part of the Nazi Air Force and Axis Powers on World War 2: Messerschmitt BF 109 1/48. Create one of these jewels of aerial modeling while you are enjoying because it is easy to assemble, as it is happens when you are building all the Art&Wood products collection, which also uses eco-sustainable materials.

Discover the Nazi fighter or warplane used by the Axis side during the development of World War 2, among other war conflicts. The Messerschmitt BF 109 was designed by an expert group, headed by Wilhelm "Willy" Emil Messerschmitt at the beginning of the 1930s, when he was the head of Design at the Bayerische Flugzeugwerke.

That's why the plane has the abbreviation BF. It was one of the first warplanes or really modern fighters of the time, as it had improvements such as the 100% metallic monocoque construction, the closed cockpit and the retractable landing gear.

The Messerschmitt BF 109 was first tested in the Spanish Civil War and then established as a fundamental piece in World War II until the reactors were finally implanted.

Build your 1/48 scale model of the Nazi monocoque fighter that participated with the Axis Powers during World War 2: Messerschmitt BF 109. The manufacture of the model makes its design very reliable to the real old plane.

The modeling kit of the old warplane Messerschmitt BF 109, aimed at beginning modelers and those who wish to have a great collection of aerial modeling for display in your home or office, contains pieces of laser-cut plywood board (FSC Certified), so it respects the environment; mobile parts; metal ornaments; base/stand for its exhibition and plaque; and step-by-step instructions for the easy assembly of the airplane wooden model of the Messerschmitt BF 109 1/48.