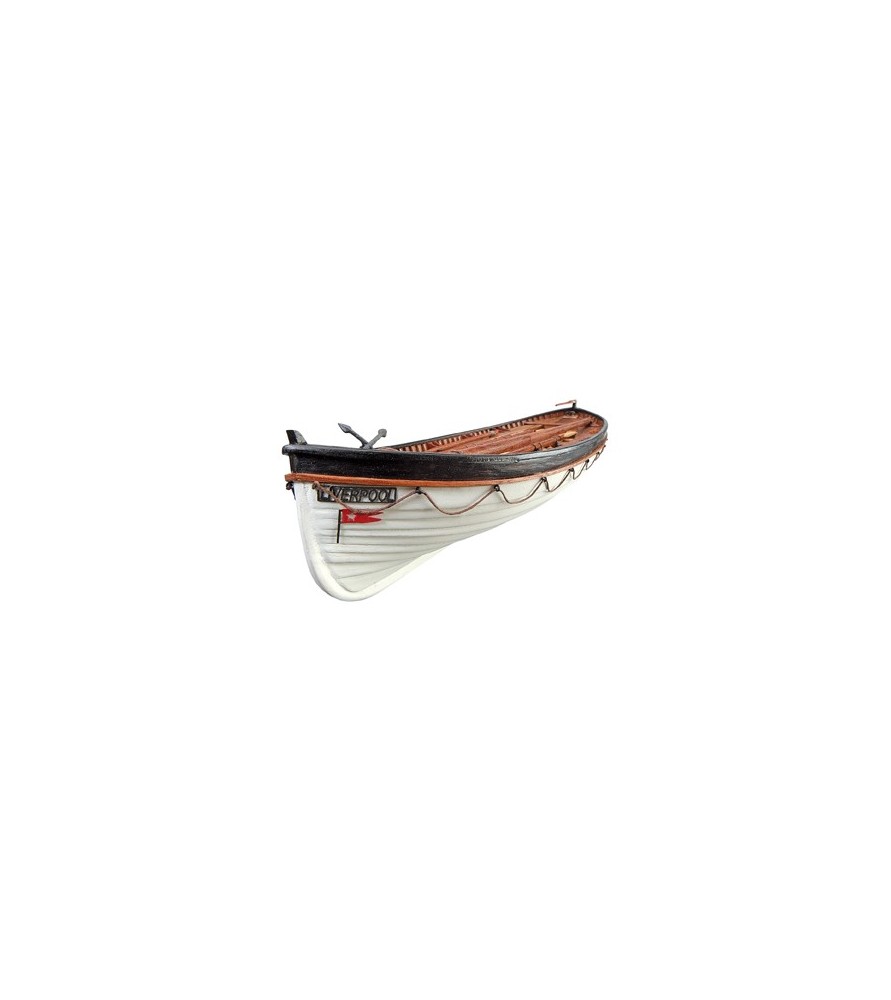 RMS Titanic’s Lifeboat is a naval modeling kit. The model –for beginners- includes all the parts to complete the ship scale model: nobel woods, cotton threads, metal accessories... Remind the greatness and history of this luxurious trasatlantic ship starting with one of its twenty lifeboats that carried when it sank.

HISTORY OF THE TITANIC: LIFEBOAT MODEL

Discover the wooden model kit of one of the twenty lifeboats of the RMS Titanic, the majestic British ship. Enjoy with this modeling kit that will serve to get you started in this wonderful hobby.

The ship RMS Titanic was designed to carry thirty-two lifeboats but at the time of the shipwreck it only carried twenty, an insufficient number for all the members of the passage. The RMS Titanic, owned by the company White Star Line, was the largest and most luxurious transatlantic ship of its time. During its voyage between Southampton and New York, he collided with an iceberg and sank on the night of April 15th, 1912 in the icy waters of Terranova coast. To aggravate the dimensions of the tragedy, many of the insufficient lifeboats were dumped with fewer occupants than they could accommodate.

Build your 1:35 scale model of the RMS Titanic’s lifeboat. The model of the lifeboat of the great British ship has a system of construction by means of false keel and frames, so its assembly is trustworthy to the real one.

Follow our guide carefully, much more if you are a beginner, to build the model of RMS Titanic’s lifeboat and you will be able to complete your scale model of this naval legend.