With more than 50 years of life, Artesania Latina is a world reference on design and manufacture of kits for the construction of wooden models, above all naval and aerial. We have been successfully presenting our model building novelties at the International Toy Fair, Spielwarenssem. It has celebrated the past month, February, in Nuremberg (Germany). 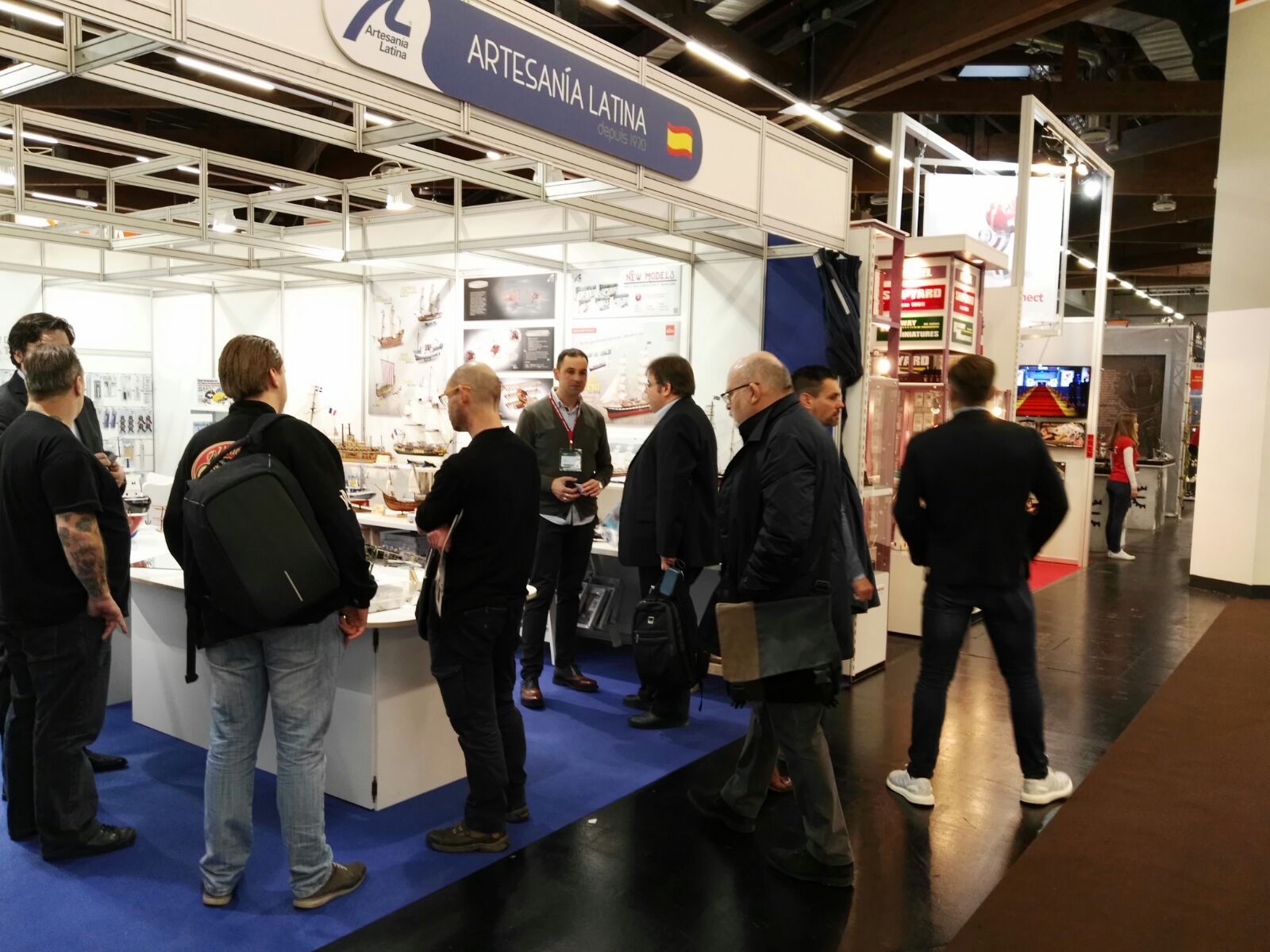 The fair serves eminently to establish business contacts and, above all, to present to the public the news regarding products. Artesania Latina, the Spaniard company, has shown during this year’s edition its new creations in the world of modeling. The model building novelties are Sopwith Camel and Messerschmitt BF 109G aircrafts, as well as the French School Ship Belem, and the Atlantic Tugboat, prepared for radio control. 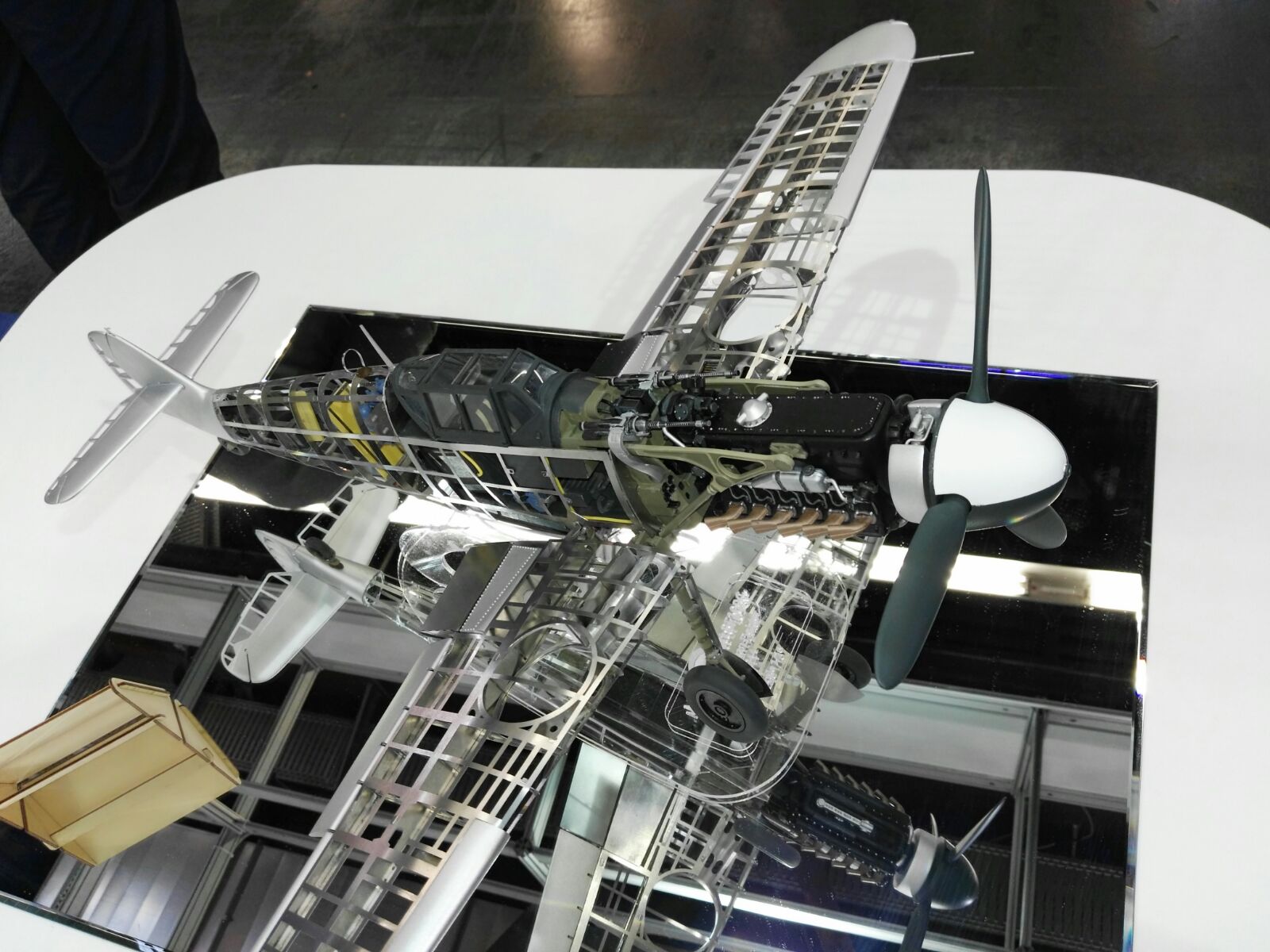 Here you can see other of the beautiful creations for this year presented in the Spielwarenmesse. The wooden model of the Sopwith Camel biplane. 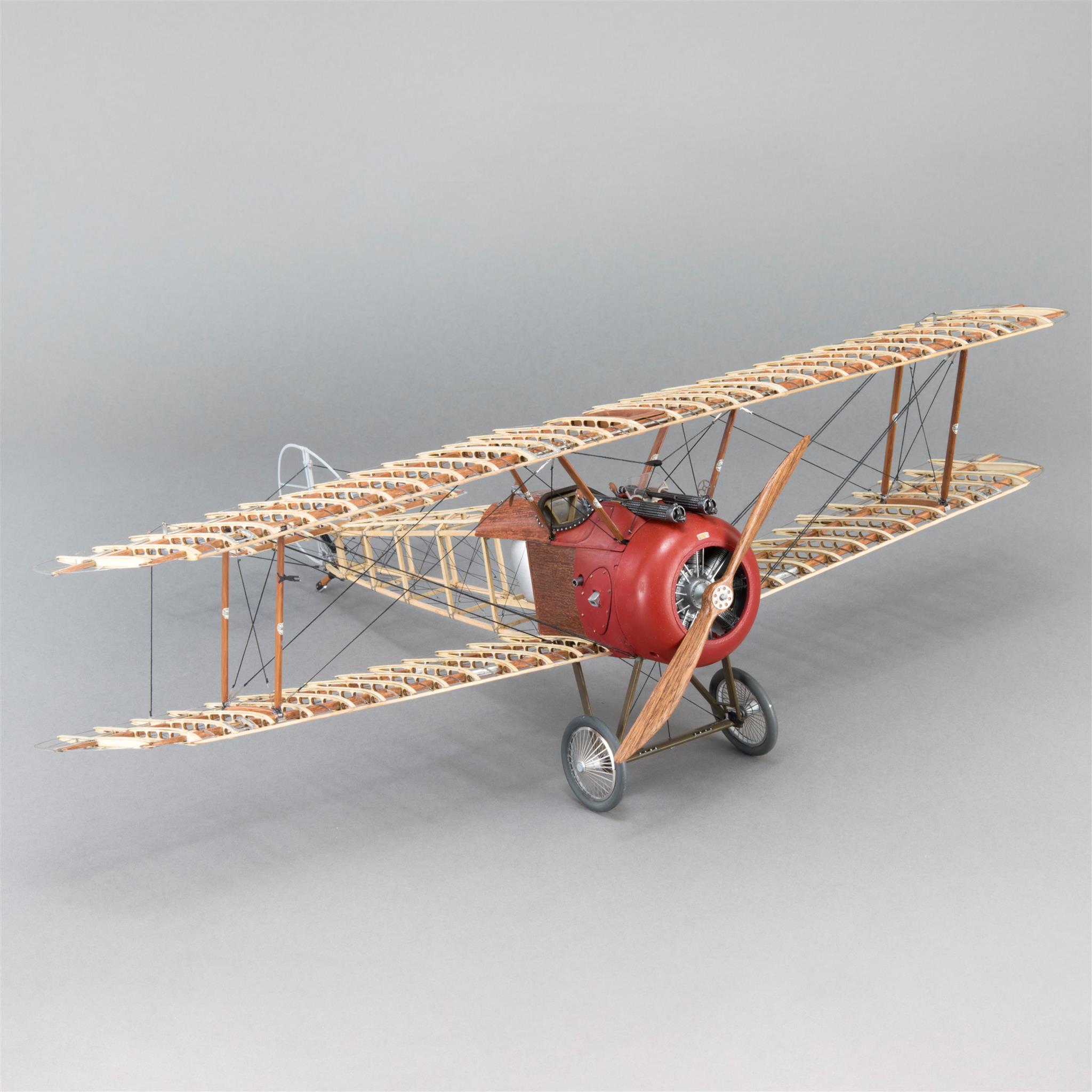 In the image, the overwhelming greatness of the wooden model Ship Military School of France, already on sale: Belem 1896. 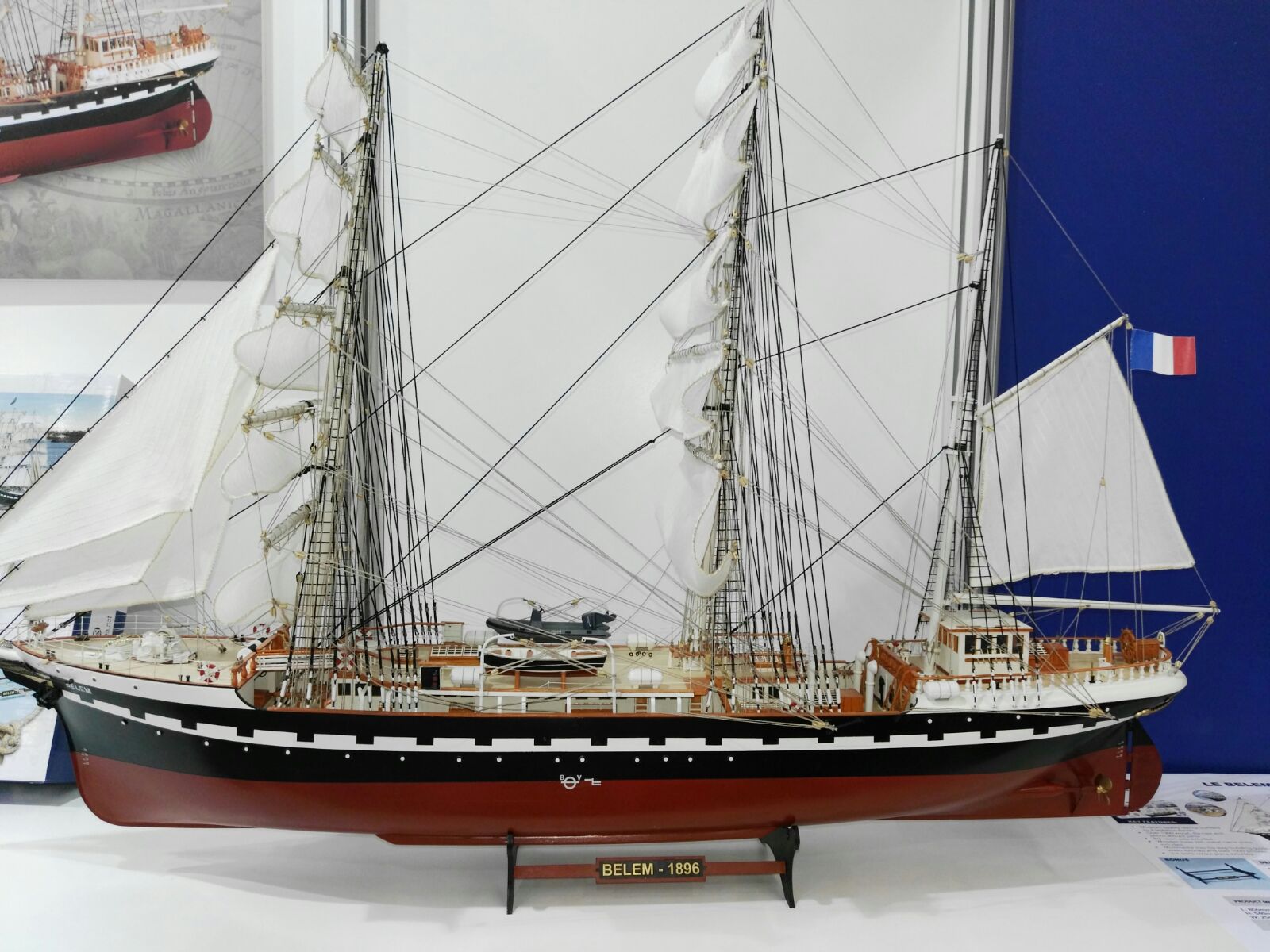 Last but not least, Artesania Latina has presented another model building novelties as a model that is demanded a lot by our friends who love radio control models: the Atlantic tugboat.

Hundreds of interested people have gone through the Artesania Latina stand, not only to contemplate the novelties. They also have known first-hand a large model list from our catalog thanks to the numerous wooden models, all of them great classics of modeling. The King of the Mississippi Steamboat, Stage Coach 1848, the French frigate Hermione La Fayette, the Santa Maria, La Pinta and La Niña caravels, the San Francisco II galleon, the Red Baron plane, Fokker Dr. I … And a long number of beautiful models from the design team and modelers from Artesania Latina! 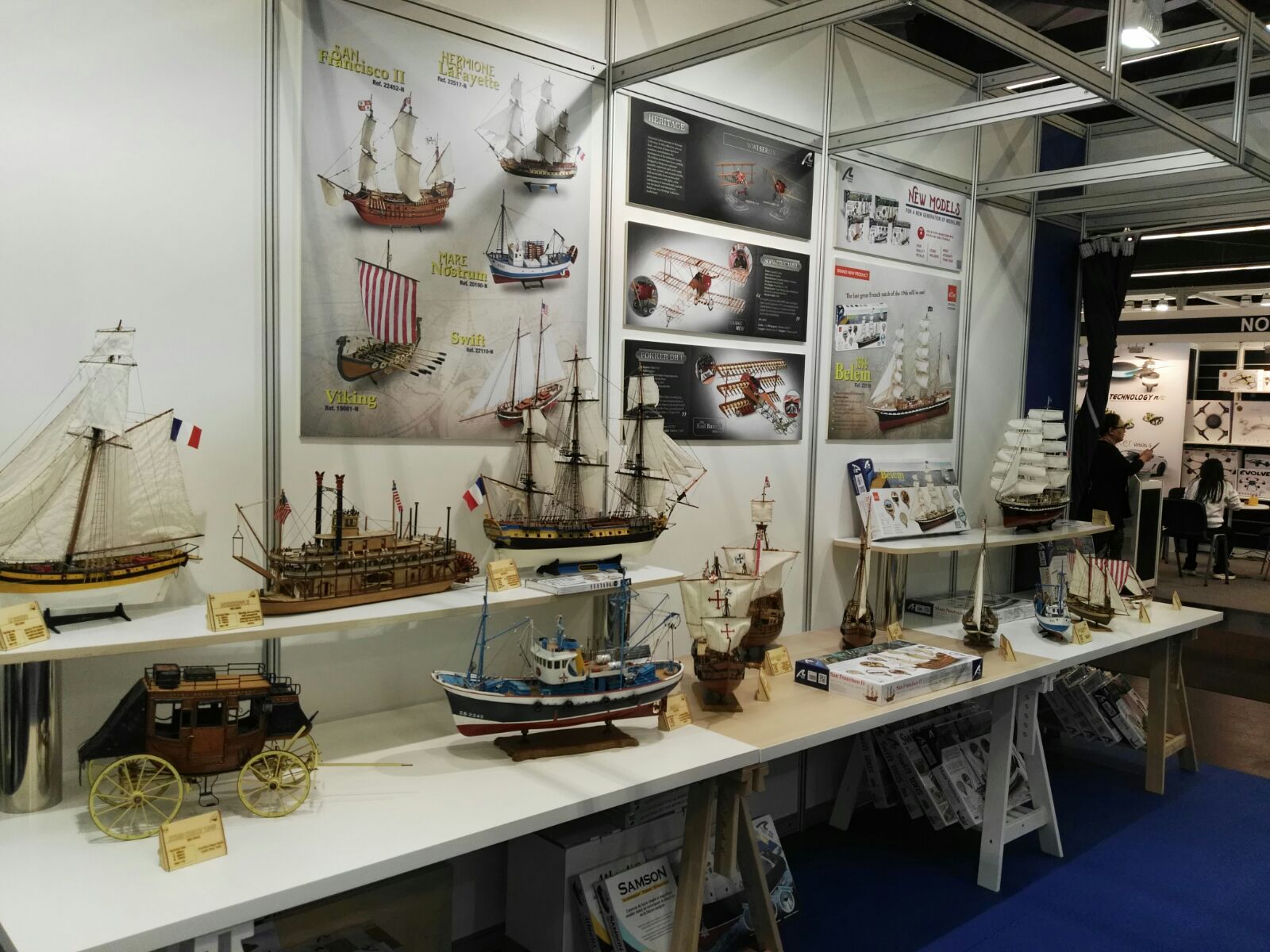 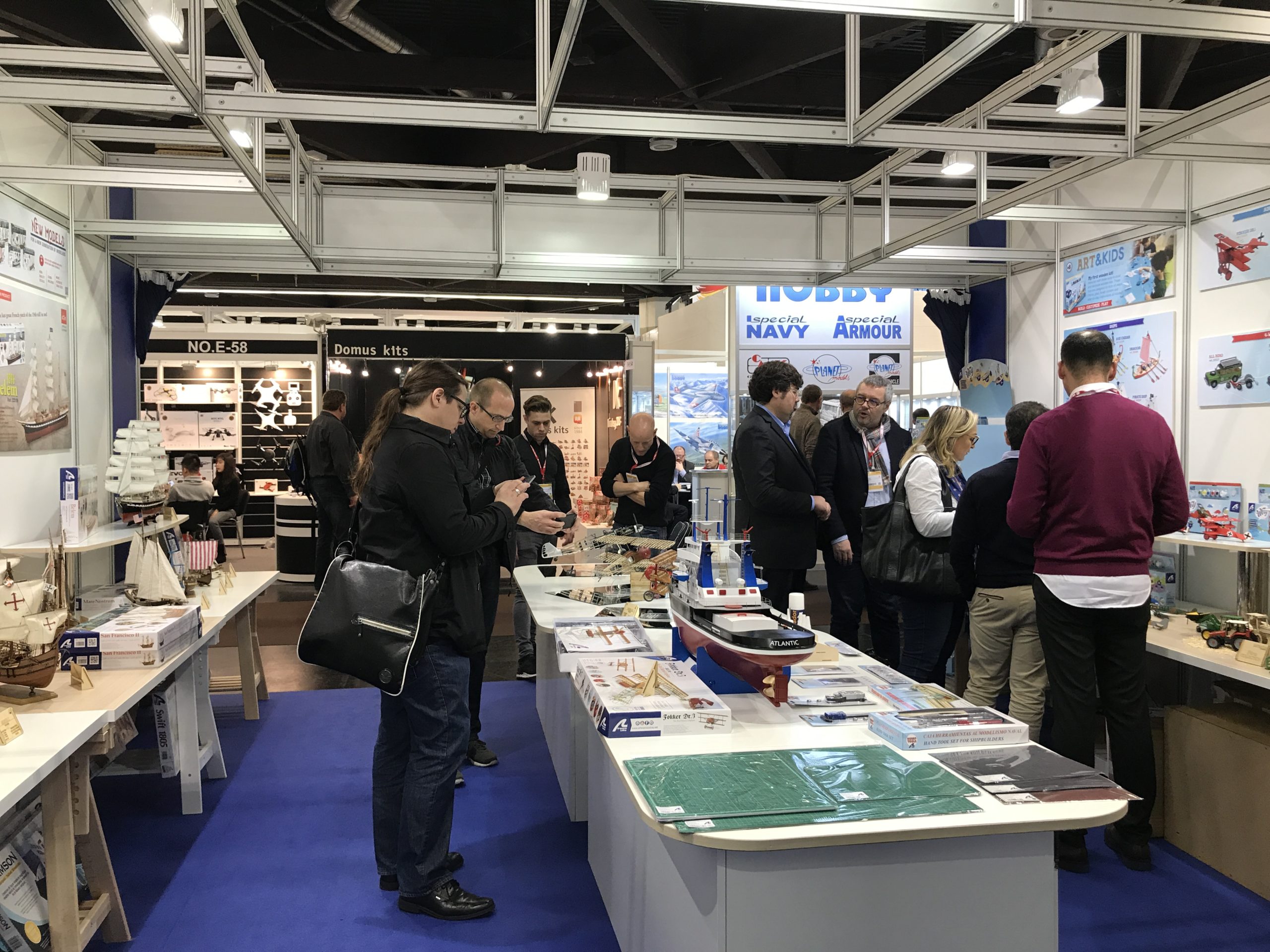 All those interested in the Artesania Latina models have received the precise explanations of the owner of the multinational company, Michel Martin, who, at first hand, has been involved to the fullest in making known all the wonderful catalog of high quality models, an absolute benchmark for modeling around the world.

WHY HAVE ARTESANIA LATINA GONE TO THE SPIELWARENMESSE?

Clearly, because it is the world’s largest showcase for modeling, here the ‘Spirit of Play’ is experienced, as the slogan of the event itself prays. It is enough to appreciate the data provided by the organization of the International Toy Fair of Nuremberg. More than 2,900 exhibitors from 68 countries, of which 895 are not represented at any other fair. 70,000 visitors from 130 nations. More than 1 million products and 120,000 novelties, of which four have been presented by Artesania Latina.

Finally, if you want to know what it is moving on the modeling world and the models to build, the Spielwarenmesse is a fair to which you must go. We will wait for you next year! If you can not attend, do not worry, we present here the news firsthand without getting up from your seat.