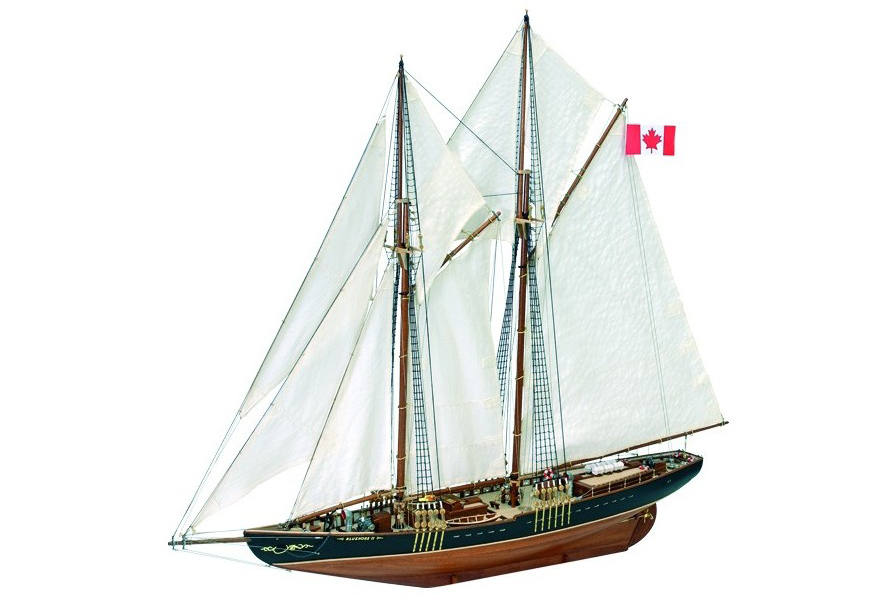 For many of us, this faithful replica in miniature that we present to you is one of the most beautiful on ship models catalog by Artesania Latina. The sailboat model Bluenose II (22453) at 1:75 scale, one of the regatta and fishing schooners most famous in history. Of Canadian origin, the wooden modeling kit will delight modellers with at least an intermediate level of skills. Once built, this spectacular vessel measures 27.16” (690mm) length, 4.33” (110mm) width and 22.44” (570mm) height. It will dazzle at any room where you expose it! 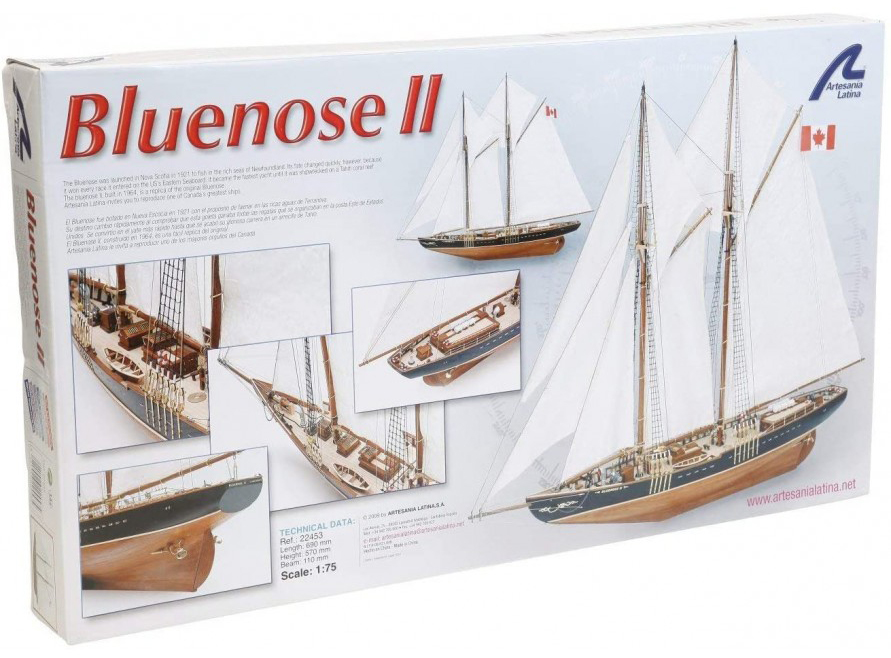 Firstly, it must be emphasized that the sailboat model reproduces the beauty of the original schooner in the most careful and precise way. In addition, its construction system using false keel and frames brings the assembly of the naval model closer to the construction of the real ship. Before we get to know the kit contents, let’s review the fabulous history of this beautiful ship.

Its name is due to the nickname given to the inhabitants of Nova Scotia (blue nose), where the schooner was launched on March 26, 1921. In this sense, it was built at the Smith & Rhuland.

The Bluenose was operating in the Grand Banks region along with dozens of other vessels. This is a peculiar area of ​​the North Atlantic, comprised between the coast of Canada and Labrador. It is subject to periodic mists that make it an Eden for fishermen. There, hake, cod, salmon and tuna are found in prodigious quantities. That is why this schooner is also known as ‘The Queen of the Grand Banks’. 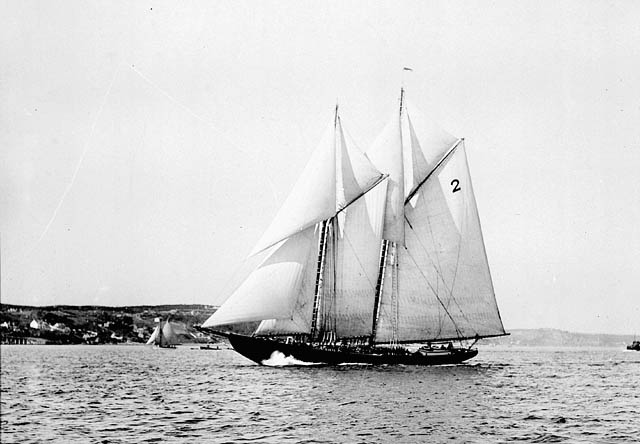 He was going to fish in Newfoundland waters but his destiny changed. It was seen that this fast schooner won all the regattas that were organized on the east coast of the United States. These fishing boats, especially because of their sails, are conditioned to reach great speed.

Thus, the Bluenose was winner of the North Atlantic International Fishermen’s Trophy in all the races held between 1920 and 1938. Captain Angus Walter, at the forefront. In 1942, despite the efforts of this captain and many others who tried to keep the ship in Nova Scotia, the Bluenose was sold to carry cargo in the West Indies. On January 28, 1946, when running aground on a coral reef off the coast of Haiti.

Lastly, the Bluenose II, built in 1964, is an exact replica of the original and the last of the tall Schooners. Now he is an ambassador, symbol and tourist attraction of the city of Lunenburg, where he continues to sail today. Want to visit? Take a look at his official page.

The sailboat model Bluenose II (22453) is made of wood and metal with high quality parts. As can be seen in this image of the stern, its finesse and elegance, no doubt. It’s a legend scale model to build! 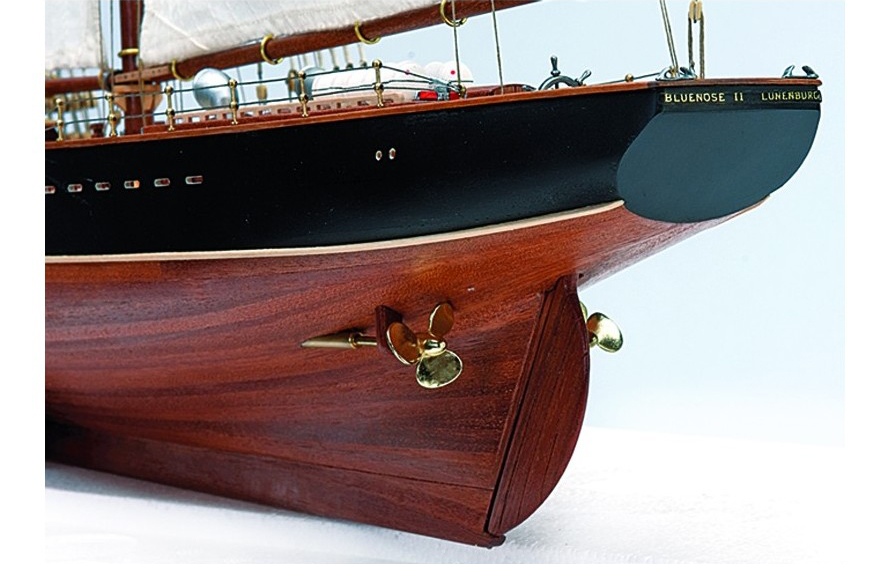 That is why the modeling kit with the Bluenose II sailboat model contains high-precision laser-cut board parts –they fit perfectly-, hardwoods, brass, cast iron, threads and cotton sails sewn by hand ready to be placed. 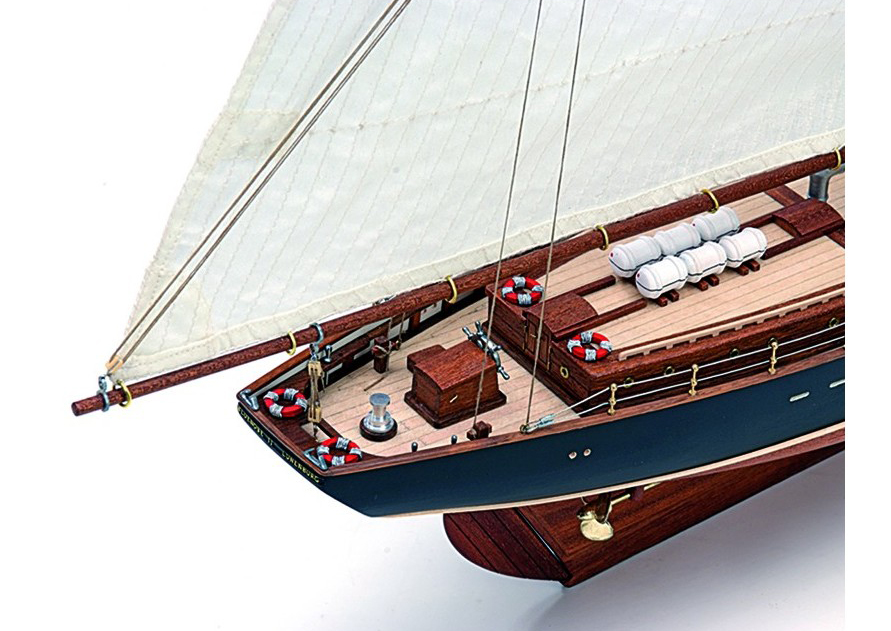 Lots of beautiful and real details are included in this modeling kit. These give the Bluenose II a perfect appearance compared to the original ship. 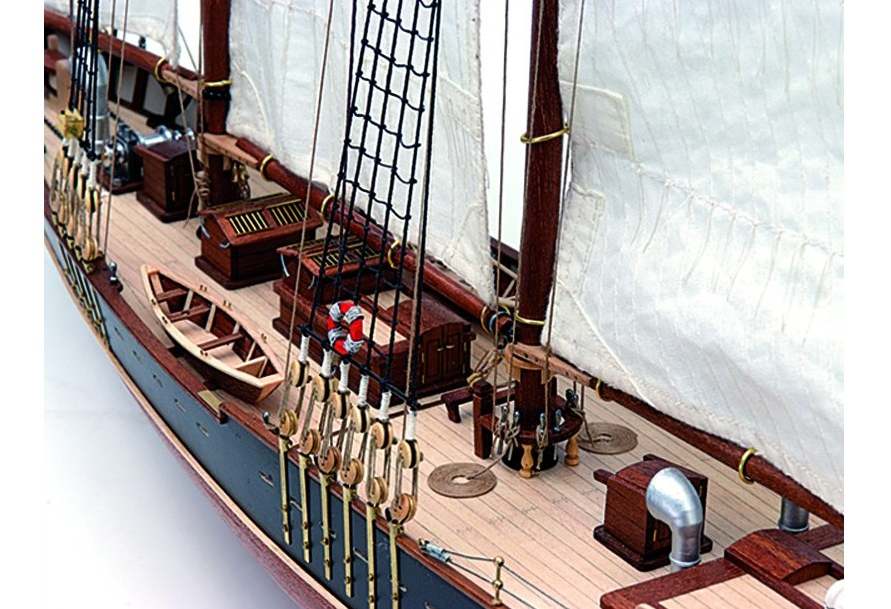 Also, its precise step-by-step instructions on DVD for computer format will help you effectively during the process of building the sailboat model. Also, you can download for free the digital assembly guide in the Bluenose II product sheet. Available languages? Spanish, English, French, Italian, German, Portuguese and Dutch. 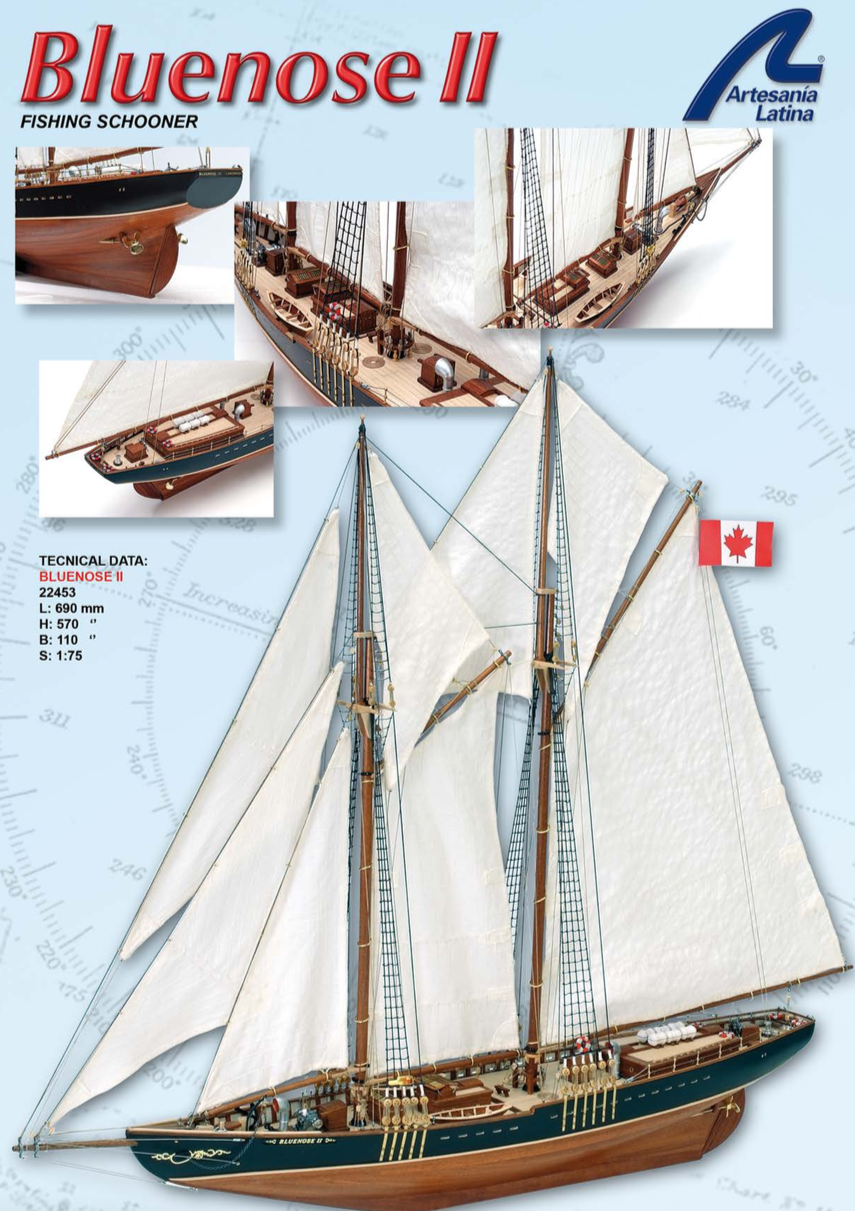 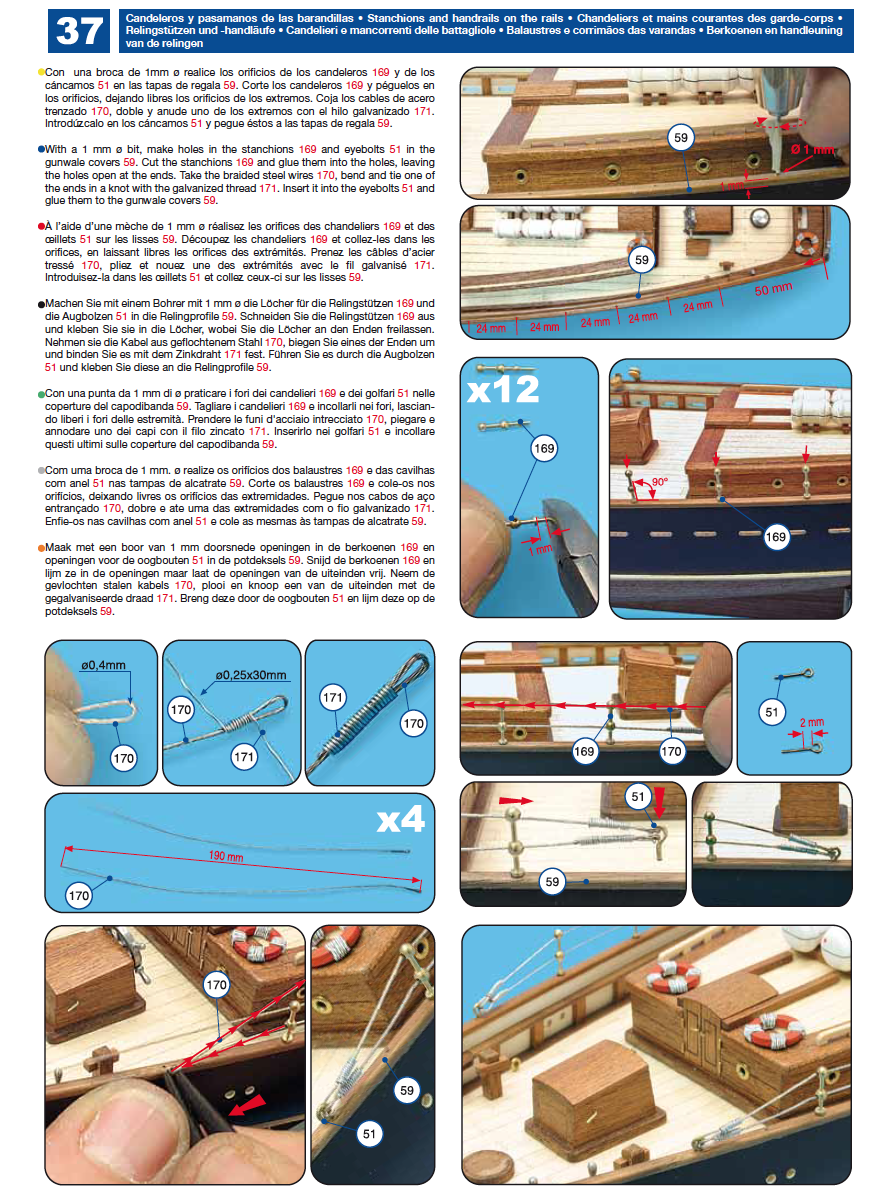 On the video below, our modelers friends can see the contents of the 1:75 scale wooden naval modeling kit from Bluenose II (22453). Please note that paper instructions are no longer available, we are sending them on DVD to help prevent global logging. One of the fundamental commitments of Artesania Latina in the 21st century.

In short, the sailboat model Bluenose II in wood, an exact replica of the Canadian regatta and fishing schooner, is unavoidable for any modeller. Build it and tell us about your experience!